My twenty-fifth new ground of 2019 was on Friday 19th April at Lydney Recreation Ground in Lydney, Gloucestershire. The match was Lydney Town vs. Windsor in the Hellenic League Premier Division.

Lydney Recreation Ground is in the south of the settlement with the football club sharing a large green space area with the town's cricket, rugby and tennis clubs. The cricket club is on the northern boundary of the football field and Lydney Town did originally use its facilities when they first moved to the site prior to the construction of their own arrangements. To the east and south are more grass areas for sporting activities while the western portion borders a combination of trees, the Lydney Canal and the Dean Forest heritage railway line. Lydney railway station, on the Gloucester to Newport line, is one mile south-west of the venue which has been home to the club since the mid 1970s. 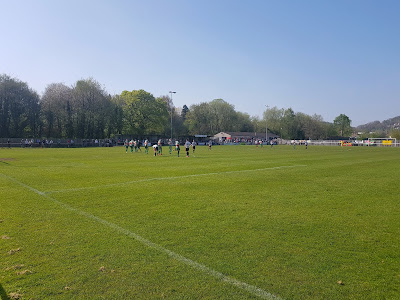 The entrance to the ground is in the north-west corner and the first thing that greets you upon arrival is a clubhouse, featuring a nice spacious bar, and a food outlet. Beyond this there are two metal stands with one each side of the halfway line. Both are very similar in nature with two rows at the back for covered standing and two rows at the front for seating. Both stands have 50 seats apiece giving a total seating capacity for the venue of 100. Towards the eastern end there is hard standing with a grass area behind this. 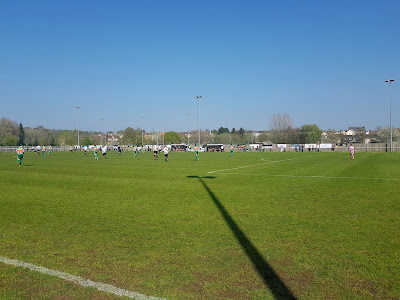 The western side is the only one with stands so the remainder of the ground is uncovered standing. The eastern and southern sides have hard standing behind the pitch barrier with grass areas at the back of this. The eastern side also contains the two dugouts. The northern end is separated from the adjacent cricket ground by a wooden fence and this means there is only a thin concrete walkway for the smallest end of the venue. 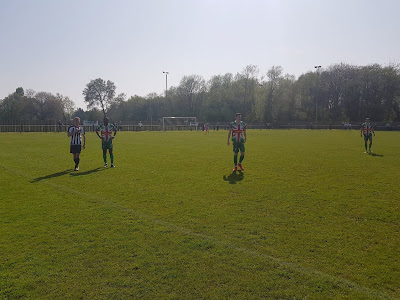 The first half-hour of this Hellenic League Premier Division tie failed to get going due to the play being punctuated by a number of injury stoppages. The only chance of note in a rubbish first half was Windsor's Jamie Di Giuseppe's 36 minute free-kick which forced Lydney keeper Freddie Lapworth into a save. Things livened up a bit after the break - the first action in the 48th minute came about when Windsor's Matt Stockill did well to nab the ball off a defender who was trying to shield the ball out for a corner. Stockhill put it back in the box for Kieran Knight who saw his close range shot saved by Hugo Sobte. A few minutes later Stockhill caused more problems for the home defence as he beat a defender down the byline and advanced into the box. Fortunately for Lydney he blazed his shot well over the bar. The home side took the lead against the run of play in the 58th minute and it came from the penalty spot. Luke Appleton pulled back Ross Gabriel as he ran in on goal resulting in referee blowing for a foul. Lewis Thompson sent Sobte the wrong way to put his side a goal to the good. Windsor continued to plug away and with a quarter of an hour left on the clock missed the best chance of the game. After an initial shot was saved by home goalie Lapworth the ball fell to Stockill who was once again let down by his finishing as he ballooned the rebound over an open goal. The game was settled in comical circumstances in the 83rd minute - an away throw-in was sent back to Hugo Subte and rather than clearing the Windsor goalkeeper attempted to a bit of skill to bypass Lydney attacker Lewis Halford. This went horribly wrong as Halford dispossessed him and tapped into an empty net from a couple of yards out. 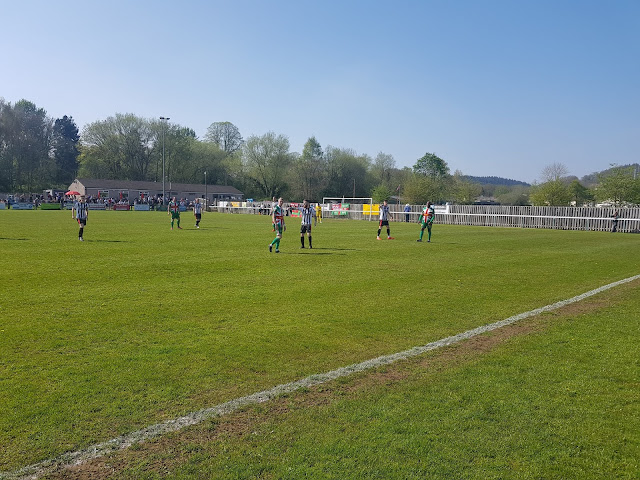