Date: 7th August 2021
Ground: Jack Carter Centre
Location: Ilford, London
My fourth new ground of 2021 was on Saturday 7th August at the Jack Carter Centre in Ilford, London. The game was Frenford vs. Burnham Ramblers in the Eastern Counties League Division One South.
The ground forms part of a recently constructed sports complex in Ilford. There are additional full-size pitches and a sports centre which sit adjacent to a primary school to the south. The ground is three-quarters of a mile from Redbridge underground station and was opened during 2020. 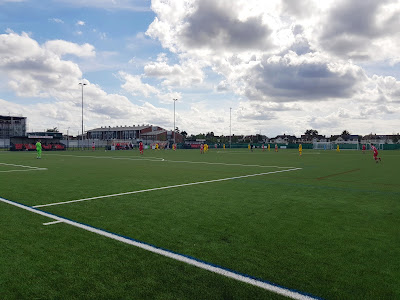 The venue is a 3G cage set-up with the entrance to the ground in the south-east corner. There are two separate all-seater stands with 75 seats each. The Eddie Fowles Stand sits towards the eastern end with the Sir Jack Petchey Stand nearer the western end. The remainder of this side is uncovered hard standing - there is a fair amount of space except for a thinner section in the middle cut out to make room for the two dugouts. 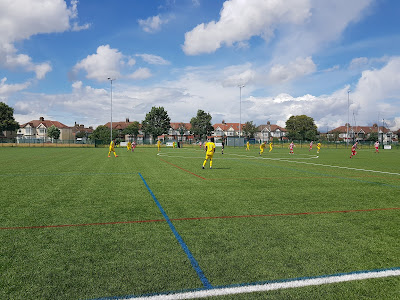 The eastern and western ends are fairly narrow, particularly behind the goals and are asphalt standing areas. Additional practice goals are kept at both ends. The venue is a three-sided one for spectators as the northern side only has the fence to separate from the rest of the complex and is not accessible for viewing. 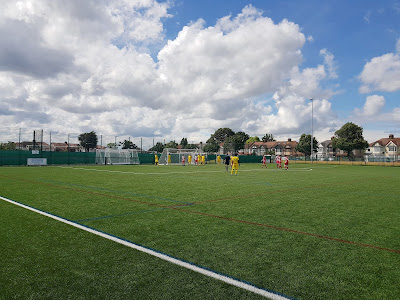 The first half was pretty even with mostly only half-chances. The closest Burnham came was in the 7th minute when Haziz Kone performed some neat play in midfield and played in Liam Barry on goal. However, Frenford keeper Sean Hinton closed Barry down and blocked the shot. In the 35th minute the hosts took the lead when a low corner to the near post was flicked by Taylor Tombides leaving Burnham frustrated at conceding a poor goal. This frustration increased six minutes later when they were reduced to ten men after Kone received his marching orders. Despite the man disadvantage Burnham were much the better side after the break. In the 47th minute a ball to the pack post found Albert Galbally at the back post but he was just at the wrong angle to knock in from a couple of yards. A couple of minutes later a near-carbon copy of their first half chance saw Liam Barry in on goal only to be blocked by Hinton. For the rest of the half Burnham saw a corner headed off the line, another good save from Hinton to save a one-on-one situation with Harry Shawyer and finally a dipping 20 yard effort from Shermaine Perkins-Palmer come back off the crossbar. Just when it looked like it wasn't going to be their day the visitors grabbed a well-deserved equaliser with just two minutes to go. Another attach was initially thwarted by Hinton but Liam Barry was there to steer the rebound low into the goal to grab a much celebrated point for Burnham. 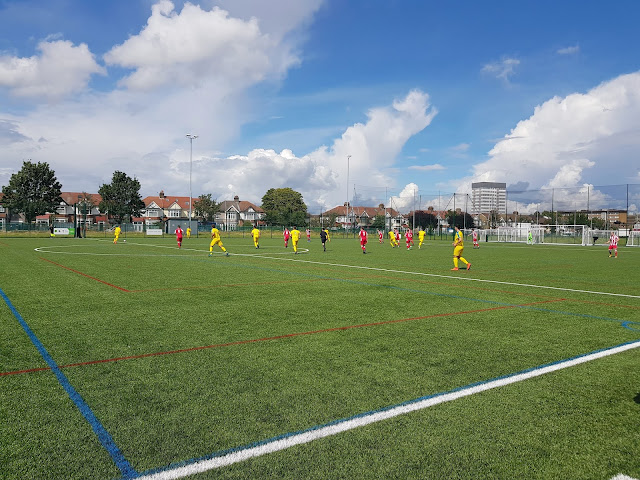