My twenty-second new ground of 2015 was on Saturday 31st October at Merland Rise in Banstead, Surrey. The match was Banstead Athletic vs. Worcester Park in the Combined Counties League Division One. 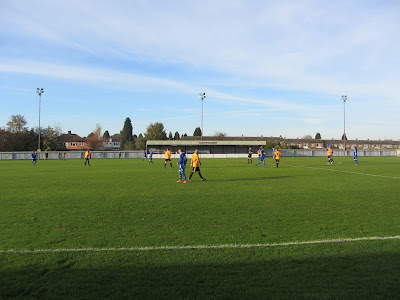 There is one seating area in the ground which is level with the half-way line on the northern side of Merland Rise. This stand has 168 seats split into four sections separated by concrete and this includes 32 seats assigned for officials and 3 seats assigned for press. 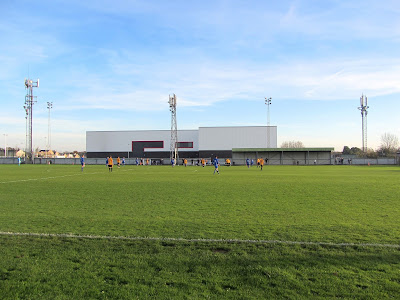 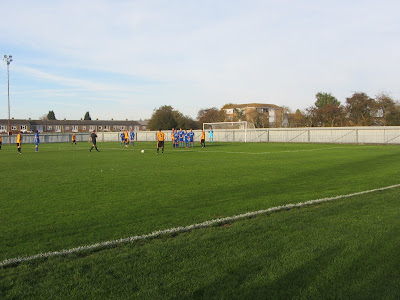 The first part of the game was end to end with Banstead forcing Worcester Park into a number of early saves. In the 15th minute the hosts were awarded a free-kick just outside the box after a trip - Rob Hill stepped up and curled a terrific shot into the top corner of the net to put his side 1-0 up. The rest of the first half was pretty even though the visitors almost equalised on the stroke of half-time when a header was cleared off the line. It didn't take too long of the second period for Worcester Park to get back on level terms - in the 54th minute Banstead failed to clear a free-kick and while the ball was bouncing around the box it was bundled in by Lee Davison. The away side were on top in the second half and went close again when a curling 20-yard effort hit the post in the 80th minute. Just when it looked like Worcester Park were going to have to settle for a point Banstead threw it away when a short back header was intercepted by Carl Chaney who lobbed the stranded keeper from 15 yards out. This was in the 93rd minute so there was no time for the home side to respond and Worcester Park picked up all three points to send them top of the table. 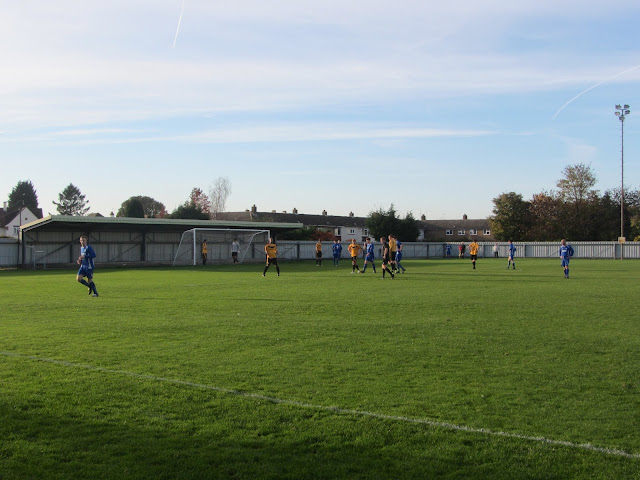