My seventeenth new ground of 2018 was on Tuesday 14th August at Balmoor Stadium in Peterhead, Aberdeenshire, Scotland. The match was Peterhead vs. Brechin City in the Scottish Challenge Cup 1st Round.

Balmoor Stadium is close to the centre of Peterhead around a mile north-west of the town's port. The stadium forms part of the Lord Catto Recreation Ground which is a sports area carved out of a largely residential area. The football stadium's neighbours are an artificial pitch to the west and an athletics venue to the south. The stadium holds the unenviable record of the furthest distance between a senior British football club and its nearest railway station. The town of Peterhead lost its passenger railway services in 1965 with the nearest remaining railway stations (Aberdeen, Dyce & Inverurie) all at least 30 miles from Balmoor Stadium. The venue became home to the club in 1997 when their old Recreation Ground home, where they had played since 1891, was demolished to make way for a supermarket. 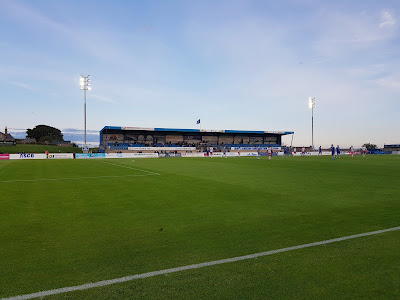 The main flank of the ground is the western one. On this side is the main stand which is an all-seater structure raised above ground level to allow for the two dugouts and players tunnel to be positioned in front of it. The main stand has no supporting beams to disrupt views though there are perspex panels at either end to keep fans more enclosed from the elements. At the back of the stand are corporate boxes with the entrance to this from the outside of the southern edge of the stand. There is also a small gantry hanging from the stand roof for TV purposes. The interior of the building includes the reception and club shop with a demountable service as the ticket office just beyond this. The stand takes up the middle half of the western side with uncovered flat concrete standing areas either side of it. In the north-west corner there is a food outlet and a secondary, smaller club shop. 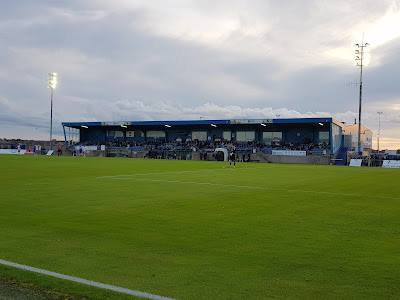 There is a similar all-seater stand on the opposite side of the pitch. This also takes up the middle half of its side as well as being raised above ground level affording better views of the pitch. There are no corporate facilities in this stand though there is a press area in the middle of it. The two stands at Balmoor Stadium have a combined capacity of 1,000 seats for spectators. This side mirrors the western section in having flat concrete standing areas either side of the stand though this side also has standing areas available in front of the seating area. Upon my visit there was a metal fence part of the way down this to segregate home and away fans. Any supporters wishing to stand from an elevated position can choose the grass bank in the north-east corner. The northern and southern ends are fairly undeveloped with flat concrete standing in place. There is however plenty of space should the club ever need to erect more seating areas. 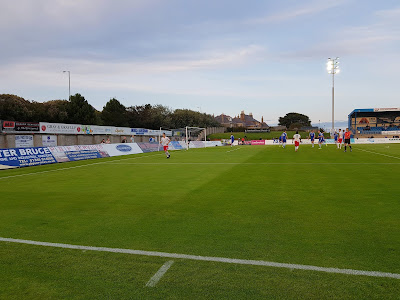 The game was a Scottish Challenge Cup 1st Round tie between League Two side Peterhead and League One side Brechin City. Three days prior the visitors had won their first league game in 470 days having gone the entire previous season the The Championship without victory. Any of their fans expecting confidence to be high would have been underwhelmed by the opening ten minutes as Peterhead bossed the early going. They should have taken the lead in the 7th minute when a through ball to Ross Kavanagh put him in on goal but visiting keeper Patrick O'Neil saved well. The hosts had plenty of early corners that put Brechin under immediate pressure but in the 12th minute contrived to go behind. The goal came out of nowhere as a long ball from the back was completely misjudged by home defender Jason Brown who inadvertently played in Dene Shields who stroked past the keeper from the edge of the box. Peterhead kept plugging away and in the 24th minute a header was tipped inches wide as the home fans prematurely celebrated an equaliser. Brechin goalie O'Neil was on good form and in the 35th minute an acrobatic save denied Russell McLean's header as the visitors reached the interval a goal to the good. The second half played out much like the first with Brechin limited to one good chance just after the hour mark when a breakaway concluded with Harvey Dailly shooting straight at Greg Fleming in the home goal when he might have grabbed a two-goal lead for the away side. In the 75th minute a header by Peterhead's Rory McAllister was saved by O'Neil on the goal line but 60 seconds later the equaliser finally did arrive. It came about when a winger did well on the right before clipping the ball to the back post for Russell McLean to tap home from a couple of yards out. With four minutes left on the clock Peterhead completed the turnaround to grab the win. McLean was again at the heart of things as superb work in the box drew three Brechin defenders to him as he jinked left and right before spinning and lifting a great ball to the opposite side of the goal for Jack Leitch to cushion a header into the net from a yard out. 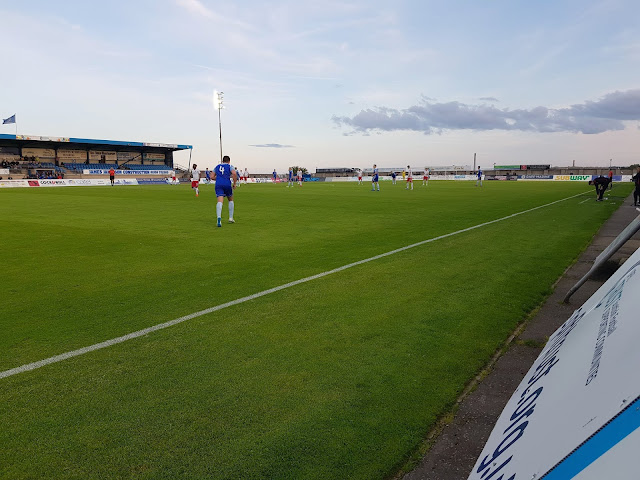