My twenty-second new ground of 2011 was on Tuesday 5th April at Reynolds Field in Perivale, London. The match was Hanwell Town vs. Royston Town in the Spartan South Midlands League Premier Division.

Reynolds Field is a half-mile walk from Perivale tube station heading over the A40 walkway. It is in a quiet area of London which has a small-town feel to it and has been home to Hanwell Town since 1981. 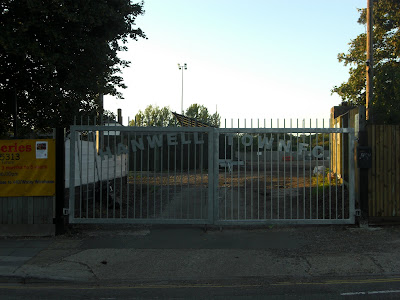 The north side of the venue contains the only all-seater stand in the ground, a small structure which runs alongside the pitch on the left-hand side, as well as the team's clubhouse to the left of this. There is also a covered standing area behind one of the goals which takes up the whole of the east side of the ground. The rest of the ground is general uncovered standing. 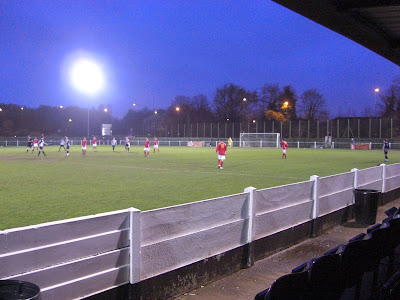 The game was a pretty dismal affair with neither side showing much quality except for a decent opening ten minutes by Royston Town in which they netted the opener. Hanwell Town managed to snatch a point with an equaliser late on in the day. 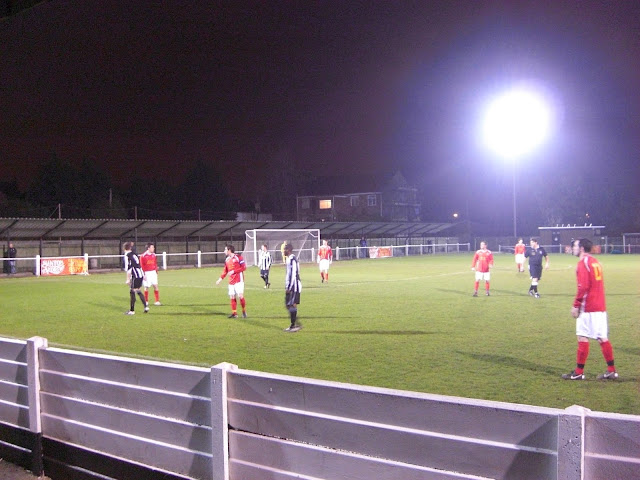