My thirty-fourth new ground of 2011 was on Sunday 29th May at Stade Louis II in Fontvieille, Monaco. The match was AS Monaco vs. Olympique Lyonnais in French Ligue One.

As I had been staying in nearby Nice for the week attending the 2011 Monaco Grand Prix I took the opportunity to stay on in Monaco after the race on Sunday for this night game in the French top-tier. I met my sister at the railway station and we then made the short walk to the stadium. 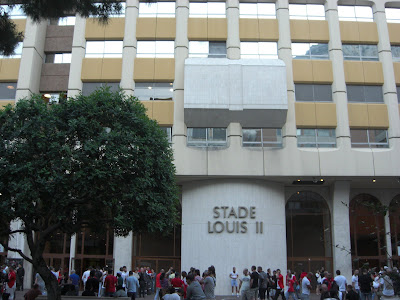 The new Stade Louis II was opened in 1985 on the site of the old Stade Louis II and is pretty unusual in nature. Rather than having four separate stands, all areas of the stadium are joined together the whole way round. Despite this however, the four areas of the ground are very different in nature. The main stand running alongside the pitch is easily the largest stand housing the majority of home supporters. Opposite it is a stand with a much smaller seating area where I watched the game from. 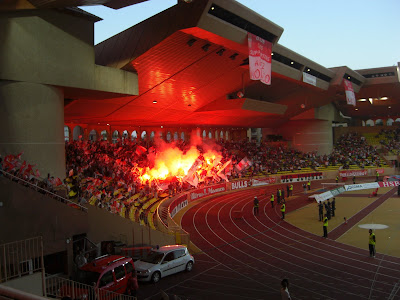 The most ardent home fans reside in a fairly small seated area behind one of the goals. This was where the majority of the noise came from and also featured lots of large Monaco banners and flags spilling over the side onto the running track which surrounds the pitch. The other end of the ground is the most recognisable area as it contains the famous nine arches. There is very limited seating at this end, although full stadiums are rarely a problem for Monaco who have the lowest attendance in French Ligue One. 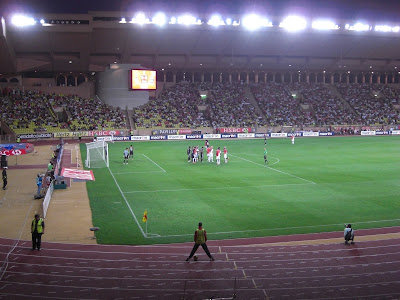 The game was a crucial one for Monaco who had to win to retain their place in the top division. A cagey first half saw very few chances although it opened up after the break with the home side going close to scoring. With 20 minutes remaining Lyon scored and the Monaco fans reacted by throwing flares onto the pitch. The police came in to restore order and then had flares thrown at them. I uploaded a video of the drama here. Late on the away side grabbed a second goal to consign Monaco to relegation to French Ligue Two just seven years after they reached the Champions League Final. 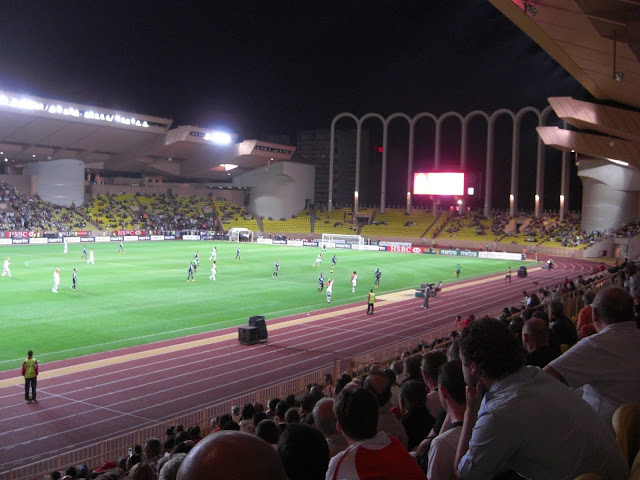