My twentieth new ground of 2011 was on Tuesday 29th March at Greens Meadow in Stowmarket, Suffolk. The match was Stowmarket Town vs. Wisbech Town in the Ridgeons Eastern Counties League Cup Semi-Final.

Greens Meadow sits around three-quarters of a mile from Stowmarket railway station on the northern outskirts of the town. It has been home to the club since 1984 when they moved from their Cricket Meadow ground. 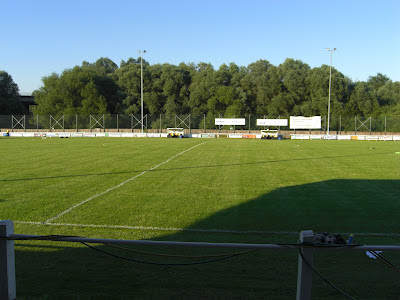 The majority of the facilities are on the west side of the ground with an all-seater stand level with the half-way line on this side. This stand consists of half a dozen rows of metal benches with chair cushions at the back of the stand to be put over the metal surfaces for anyone wanting to sit on these. Close to this is a covered standing area which is adjoined to a pretty decent clubhouse. This section is populated with chairs and benches in both the covered area and out in the open. 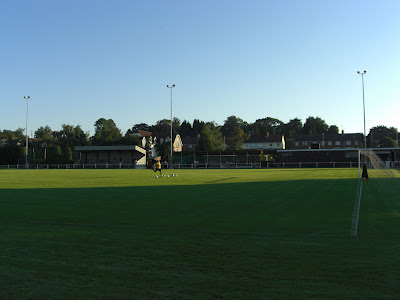 The remainder of the ground is uncovered standing although there is not a great deal of room round the other three sides of the ground. There is a concrete walkway behind the goal at the northern end along with some high fencing to catch wayward balls. On the east side of the pitch is the team dugouts. 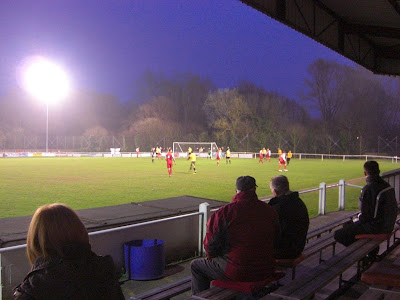 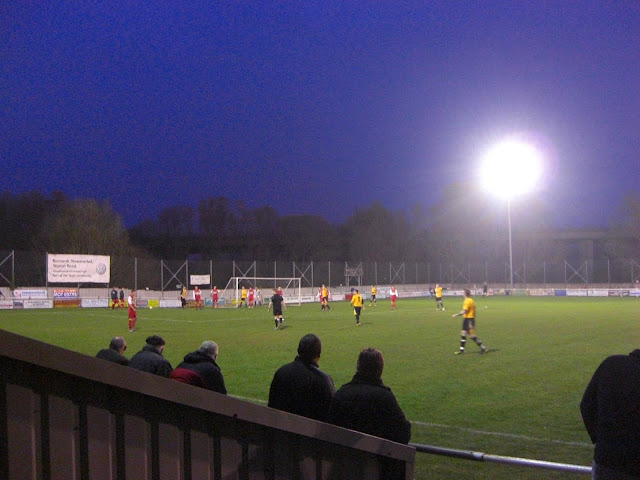