My twenty-fourth new ground of 2019 was on Friday 19th April at Saw Mills in Longlevens, Gloucestershire. The match was Longlevens vs. Reading City in the Hellenic League Premier Division.

Saw Mills is located on the eastern outskirts of Gloucester. There are additional football pitches to the north-east of the field squeezed in beside a main road. To the east is a business park with an ibis hotel to the west and housing beyond the road to the south. The ground is located 1.5 miles east of Gloucester railway station. 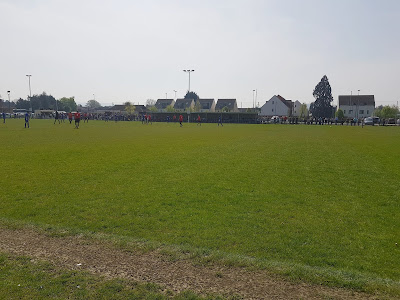 The sole stand at the ground is on the southern side of the venue. The structure by the halfway line has a total of 92 seats across two rows with a covered walkway behind it. The rest of the southern side is hard standing for its whole length with a grass area in the south-east corner for a club demountable, dressing rooms and a food outlet. 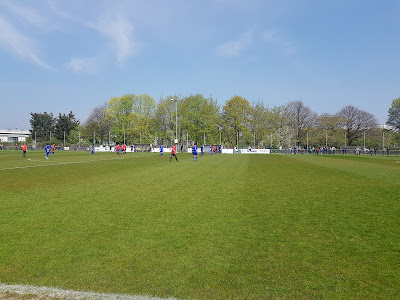 The northern side of field houses the two dugouts but little else. This flank has no hard standing so is grass underfoot.ugouts. The eastern side is pretty similar with grass standing behind the goal with the area being fairly thin due to the proximity of the adjacent hotel car park. The western end has a hard standing strip at pitchside with a small grass area behind this. 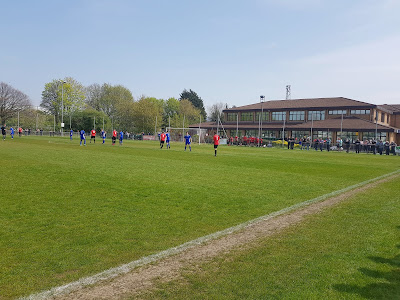 With the two sides both in the bottom three a win for either would secure safety and leave the other side sweating on other results. The game was only 55 seconds old when the crossbar denied the visitors. It came when a pong long ball up found Trevor Mutero who lobbed the keeper and was a whisker away from seeing the ball drop into the net. At the quarter-hour stage Reading took the leas when Ousman Darboe stuck out a leg to steer a cross into the net from inside the six yard box. Longlevens reacted well and came close to level pegging in the 19th minute thanks to Jay Malshanskyj picking up the ball wide on the right before cutting inside to the 18-yard line and firing just wide. The hosts shaded a decent half of football and were frustated again a couple of minutes before the break when Sam Hendy's drive from just inside the penalty area drew a good save from visiting keeper Charlie York. The game turned on its head during a two minute spell either side of the hour mark. First a Longlevens throw-in caused a scramble in the box allowing Jonty Welch to prod home from close range. Pretty much straight from Reading kicking off Jay Malshanskyj went on another run down the right, cutting inside a defender and this time rolling it past York to put his side 2-1 up. Reading fought back and four minutes late a good cross from Riccardo Andrady was headed towards goal by Ellis Cowd. However home goaloe Kane Winman acrobatically clawed the ball away to keep the newly secured lead intact. This ended up being the best second half chance for Reading with Longlevens on top for the remainder of the game. A few half-chances were created as they saw off the opposition and put to bed any lingering relegation fears. 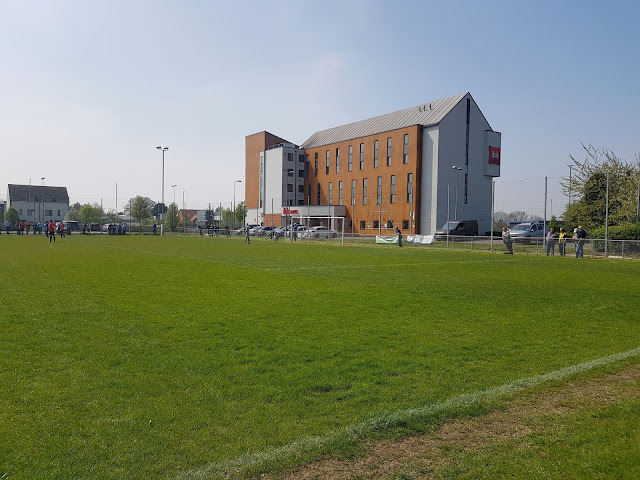