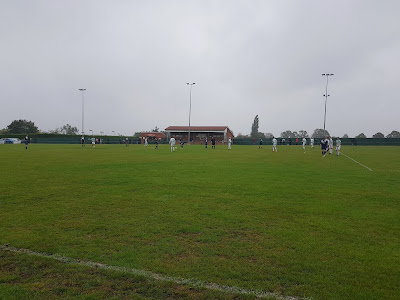 The entrance to the venue is in the north-west corner. There are picnic benches on the grass near entrance in front of a small building for the away dressing room. By the half-way line is the main club building. This building contains the home dressing rooms and the section facing out towards the pitch forms the John Durrant Stand. Opened in 2010 this stand has a total of 90 seats spread across three rows and there is a food outlet at the back of the stand. There is a floodlight in between the stand and the pitch which does restrict views from this stand a little. The rest of the northern side is uncovered standing with grass behind. 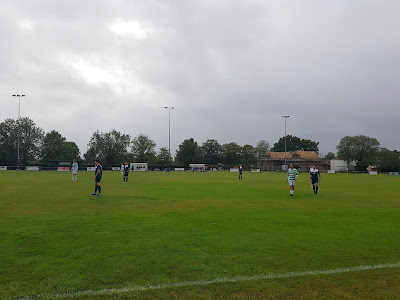 The southern flank has two small dugouts in the middle and to the east of this is the Gordon Scotchmer Stand which is a covered stand with a wooden bench for seating. The two ends are both uncovered standing with the eastern end having a decent sized grass area running up to the trees bordering the site and a very large grass area behind the western end which doubles as a training or warm-up area. 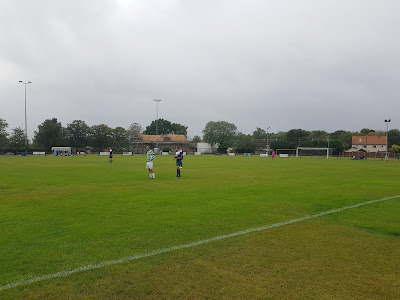 The game was between Eastern Counties League Division One North side Framlingham Town and Eastern Counties League Premier Division side Hadleigh United. The side from the higher league took the lead with just 50 seconds on the clock - a throw-in was knocked on and fell at the feet of Max Dinnell who drilled low past the keeper from six yards. It should have been two goals in the first two minutes after right after the kick-off Dinnell played a through ball to another attacker in space on the right-side of the area. His shot came back off the post and the chance was gone. Hadleigh did however manage to grab two goals in the space of two minutes a little later on in proceedings. The second goal arrived in the 17th minute when free-kick was lofted into the area and found Joel Glover who struck a half-volley into the top corner from ten yards. Barely a minute later and it was 3-0 - the Framlingham defence appeared asleep as the ball was played through to Dinnell who had plenty of space of time to pick his spot and slot past the advancing keeper from the edge of the box. It was looking like the hosts were well on their way to a thrashing but this third goal gave them the resolve to tighten things up afterwards. Hadleigh were still on top and it wasn't until the final minute of the half when the hosts created their first proper chance of the game was the ball was moved out to a striker on the right of the area and he drilled the ball across goal and back off the post. The second half was a more even encounter - the away side created more chances but ultimately the three-goal lead was never added to. In the 46th minute the home keeper had to save well after Dinnell and tried to clip the ball over him to secure his hat-trick. On the hour mark a good cross from Joel Glover on the right found a trialist who poked just wide with an outstretched boot. There was a little spate of action just after the 70 minute mark - Dinnell was causing a nuisance to the home defence again as a good strong run culminated in a 25-yard effort being tipped just over. Meanwhile up the other end a Framlingham attacker had a 20-yard curling effort which the away keeper did well to get down low and palm away. Finally with ten minute to go Glover went on a good run, cut inside a defender and had a shot just tipped over by the busy Framlingham keeper. 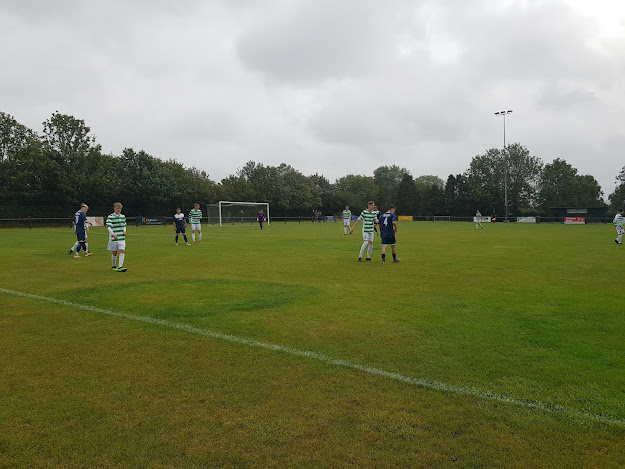