My third new ground of 2011 was on Wednesday 19th January at Hawthorns in Stanway, Essex. The match was Stanway Rovers vs. Walsham-le-Willows in the Eastern Counties League Premier Division.

The Hawthorns ground is located in a residential area of Stanway just to the west of Colchester. The venue is 3 miles from Colchester railway station but there is a bus service from the railway station which stops close to the ground. Hawthorns has been home to Stanway Rovers since 1979. 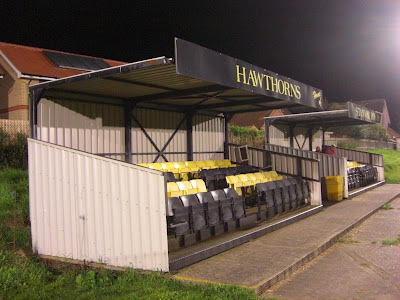 The uncovered standing section continues round behind the goal at the northern end of the ground but behind the goal at the southern end is a covered standing area which also contains a few chairs for those who want to sit. The southern side of the ground contains most of the other club facilities such as the players dressing rooms and the clubhouse. 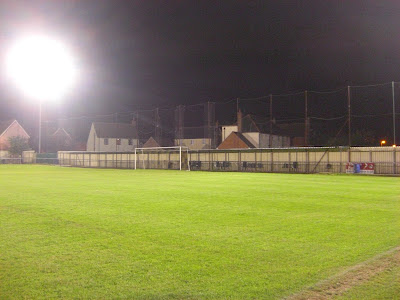 The game was a pretty turgid affair - both teams came into the match in difficulties with Walsham-le-Willows towards the foot of the table and Stanway having sacked their manager three days earlier. It was the visitors who took an early lead but just when it looked like they were heading towards a narrow 1-0 win Stanway managed to sneak a last minute equaliser to rescue a draw for the home side. 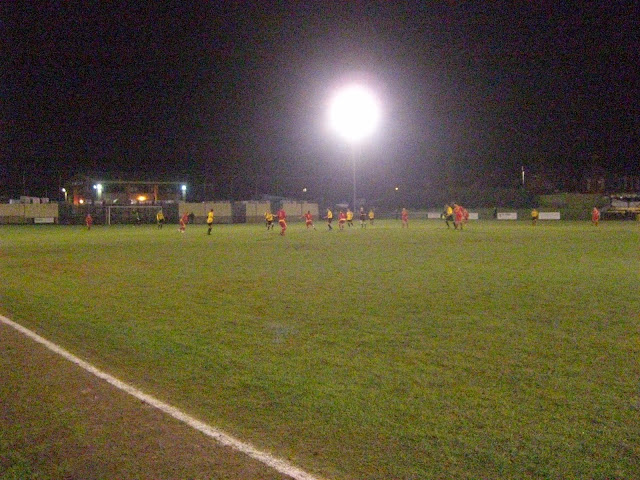