My first new ground of 2011 was on Monday 3rd January at Brisbane Road in Leyton, London. The match was Leyton Orient vs. Colchester United in Football League One.

Brisbane Road is less than half a mile from Leyton tube station in the midsts of a residential area. It has been home to Leyton Orient since 1937 though it has had numerous developments to it during this time, most recently the building of the new West Stand in 2005. 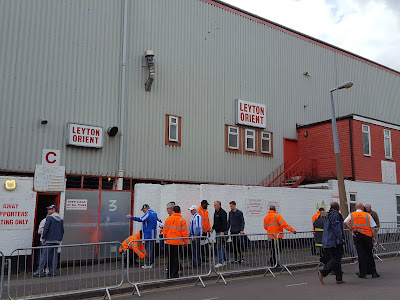 Brisbane Road is an atypical looking stadium with three old-style stands and one very modern looking one dominated by a media centre. The stands behind the goals are similar in scope - the North Stand and the Tommy Johnston Stand are fairly low with space for 1,300 fans each. I was in the East Stand where away fans are placed within the southern section of the structure. The stand can hold around 3,600 fans in total making it the largest in the ground. It is also the oldest stand in the ground and has a classic old look including a number of supporting beams holding up the roof. Upon my visit the original wooden chairs were still in place marking it out as one of the few Football League venues to have this. These were in the process of being switched over to modern plastic seating and in subsequent visits in later years I discovered the wooden seating had been replaced. 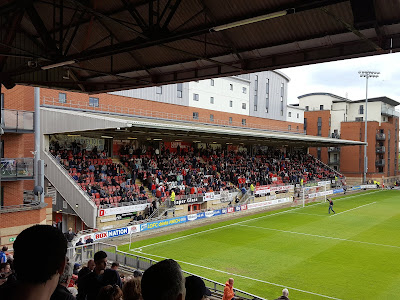 With a capacity of 2,900 the West Stand is the newest part of the ground. The bottom half of the structure is a large single tier of seating with the top half of the structure being home to the club's media and office facilities. The corporate boxes run all along the back of the seating area and there is also a balcony with a few seats on it which overhangs the back of the main deck. A quirky aspect of the ground is the flats built into the corners of the stadium, and various occupants kept emerging onto their balconies to view the game at different points. 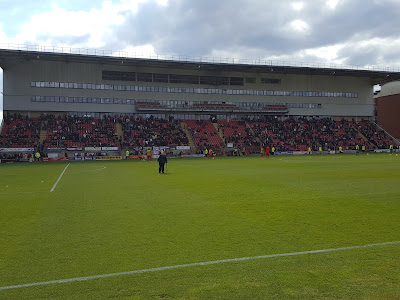 The game itself was disappointing as a Colchester fan although was probably an exciting game for the neutral. It was a fairly even tie for the first 40 minutes but two goals either side of half-time gave Orient the advantage. The first came from a Dean Cox cross which was nodded home by Jimmy Smith with the second coming from a shot inside the area by Alex Revell. Anthony Wordsworth pulled a goal back for Colchester in the 69th minute but six minutes later the two goal cushion was restored by Paul-Jose Mpoku. The deficit was reduced again in the 81st minute when Ian Henderson netted for the U's but while chasing an equaliser the visitors were caught on the break allowing Jonathan Tehoue to wrap up the points. It was probably a fair result in the circumstances as Leyton Orient took full advantage of Colchester's sloppy defending. 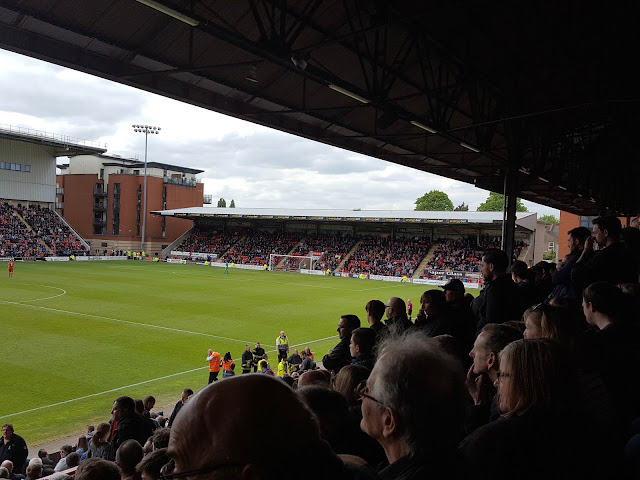