My second new ground of 2011 was on Saturday 15th January at Cherrywood Road in Farnborough, Hampshire. The match was Farnborough vs. Dover Athletic in Conference South.

Cherrywood Road is located in the north of the town of Farnborough, around 1.5 miles from Farnborough Main railway station. The ground has been home to Farnborough and previous incarnation Farnborough Town since the mid-1970s. Me and my friend, a Dover fan, got to the ground seconds before kick-off before spending the opening minutes walking past the Prospect Road End - an all-seater stand which was in the process of being built. The 1,300 capacity structure had no roof and was only half filled in with seats when I visited. 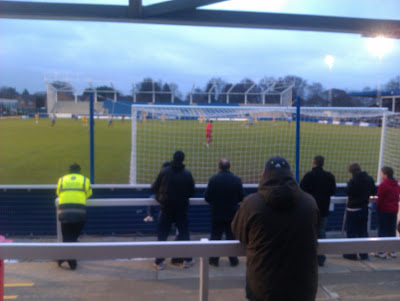 The recently renovated Charles Mortimore Stand (formerly the Main Stand) sits on the west side of the ground with the total length of the stand about half that of the pitch. It contains the bar and club facilities. On the opposite side of the pitch is the East Stand, a narrow stand that runs the whole length of the pitch and was converted from standing terraces to seating in 2009. 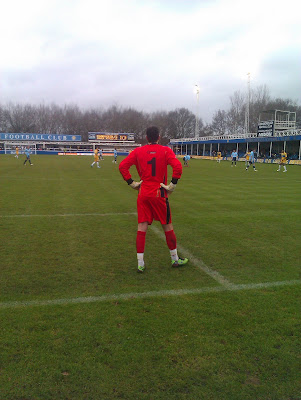 We spent the first half in the Moor Road End terrace behind the goal standing with the Dover fans who were located a few feet from the Farnborough fans. There was good banter between the two sets of supporters as the game headed towards a comfortable Farnborough victory. For the second half we moved round to the East Stand to sit down for a while. The match and supporter interaction got a little more fractious as the game progressed but this was probably down to how one-sided it ended up being. 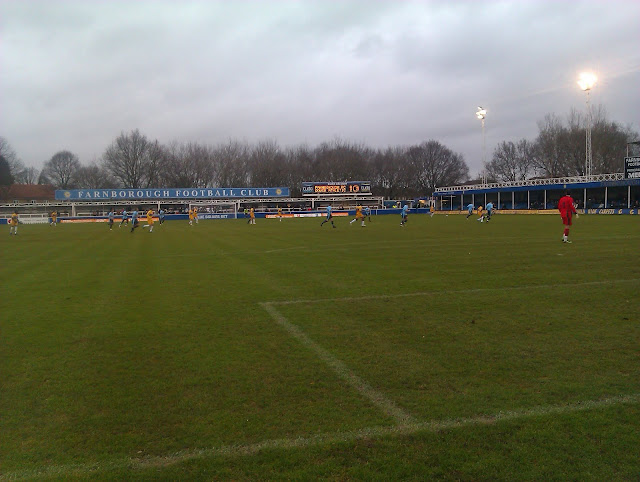