My sixty-fifth new ground of 2011 was on Thursday 6th October at Southchurch Park Arena in Southend-on-Sea, Essex. The match was Southend Manor vs. Wivenhoe Town in the Essex Senior Cup 2nd Round. 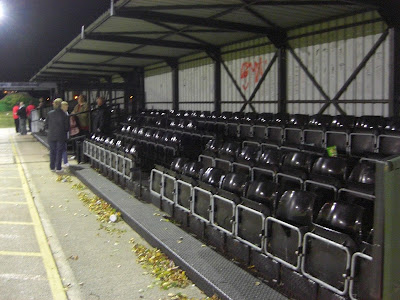 The ground has two stands, both running alongside the pitch on the west side of the venue. One of these is an all-seater stand with a capacity of 160 which has the player entrance running through the middle of it. To the right of this is small covered metal terrace with raised viewing. Behind these structures are the club's bar area which is small but has a cosy feel to it. 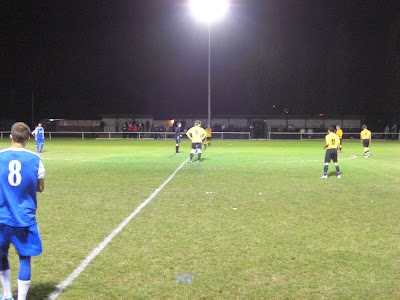 On the opposite side of the pitch sit the brick dugouts for players and coaches. Other than this the remainder of the venue is set aside for general uncovered standing behind a low metal barrier. The ground has another mini football pitch behind the goal on the south side of the venue and the ground itself sits adjacent to Southend-on-Sea cricket club on its west side. 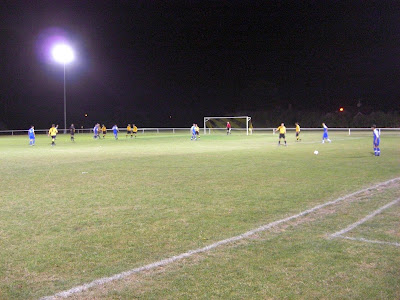 The game was an Essex Senior Cup 2nd Round tie between Essex Senior League side Southend Manor and Eastern Counties League Premier Division side Wivenhoe Town. The two teams have had contrasting fortunes in their start to the season with Manor top of their division and Wivenhoe bottom of theirs. Surpisingly it was the visitors who took the lead on 24 minutes after a run down the left produced a cross into the box and a finish into the roof of the net. A quarter of an hour later Manor were handed a great chance to equalise after the referee spotted an infringement in the area and awarded a penalty. However, this was saved by the Wivenhoe goalkeeper. The respite did not last long though as just before the break a looping Manor header found its way into the Wivenhoe net. The home side pressed thoughout the second period and on 84 minutes took the lead after a cross from the edge of the area flew straight over the goalkeeper's head and into the top corner. Manor then added a third before the final whistle to clinch a 3-1 win. 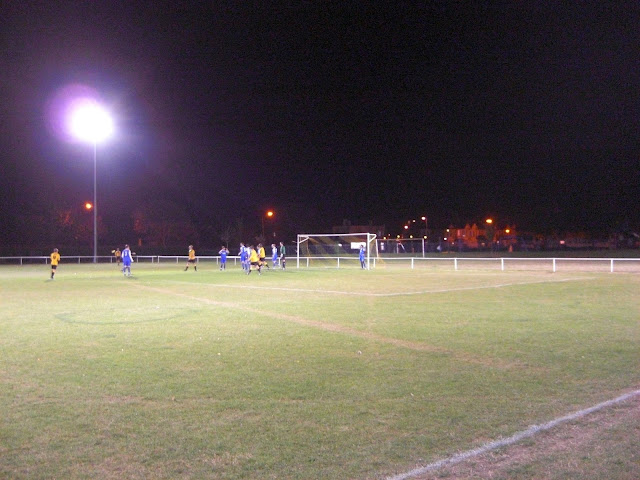