My twenty-second new ground of 2016 was on Saturday 5th November at Kirkby Road in Barwell, Leicestershire. The match was Barwell vs. Blyth Spartans in the Northern Premier League Premier Division.

Kirkby Road is in the north-west of the village of Barwell and forms part of a sports complex including a bowling club and cricket club. The venue is 3 miles north-east of Hinckley and this is where the nearest railway station can be found. Barwell have played at Kirkby Road since they were formed in 1992. 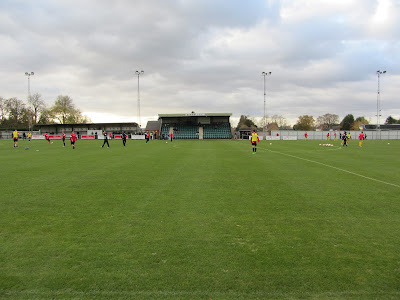 The main stand is a 248-seat structure by the half-way line on the west side of the ground. This stand also includes 4 seats in a media area in the top corner of the stand. The stand is attached to a larger building which doubles as part of the cricket complex - this in fact faces outwards to the cricket field next door to the football ground. The dressing rooms are stored within this stand and then next to this is the boardroom and a snack outlet. In front of the boardroom there is a covered flat standing area which also contains a press box area with 3 chairs on an elevated platform. 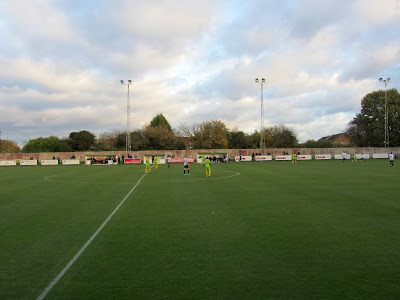 The northern end of the ground is made up of a flat concrete area which is uncovered except for a small covered section in the north-west corner. This end of the ground backs onto the Barwell Indoor Bowling Club. The rest of Kirkby Road is uncovered standing with a strip of concrete close to the pitch and grass sections behind. The two dugouts are located on the eastern side of the pitch. 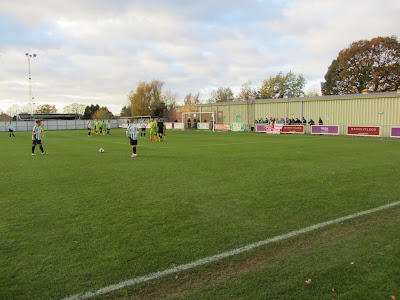 The visitors opening the scoring after 21 minutes - it came about when Andrew Cartwright was fouled on the edge of the box and Matty Pattison superbly curled the resulting superb free-kick over the wall into the top corner of net. Just after the half-hour mark the lead was almost increased when the ball was played into Daniel Maguire in the box - Maguire had time to turn and strike an effort only to see it come back off the post. Blyth went in on top at half-time which was a fair reflection on the game up until that point. In the 61st minute an over-hit Blyth pass reached Liam Castle in the Barwell goal but he had problems gathering the ball properly allowing Maguire to snatch it and square for Pattison to shoot into a empty net. Barwell's best period of the game came after going 2-0 down - in the 68th minute Montel Gibson crossed from the left-wing and found Luke Barlone who poked wide from a couple of yards out. The closest the home side came was with a quarter of an hour to go when Brady Hickey headed against the post. It was a decent closing effort to the game from Barwell but they were unable to avoid going down to a 2-0 defeat. 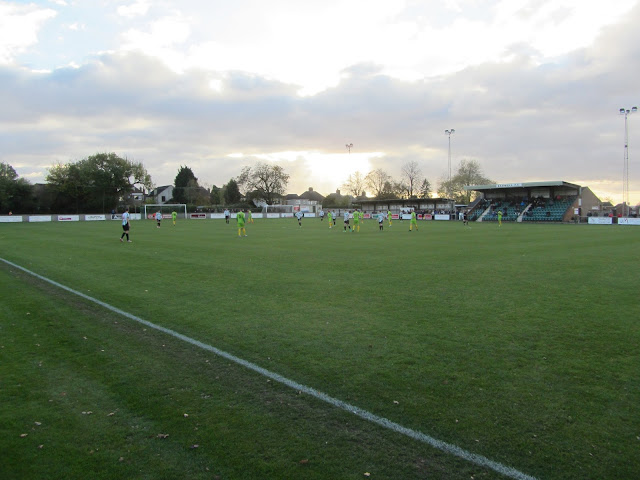