My eighteenth new ground of 2011 was on Tuesday 22nd March at King's Marsh Stadium in Sudbury, Suffolk. The match was AFC Sudbury vs. Thamesmead Town in the Ryman Isthmian League Division One North.

King's Marsh Stadium is on the outskirts of the town on the edge of a wooded area so finds itself surrounded. It is 1.5 miles from Sudbury railway station and has been home to AFC Sudbury and one of its previous incarnations Sudbury Wanderers since the early 1970s although much of the venue's developments took place during the 1990s and 2000s. 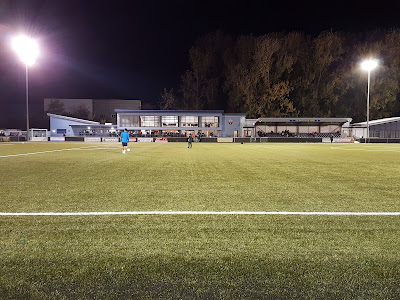 The complex consists of two pitches, a training pitch immediately on the right of the venue entrance and the main pitch which sits within the confines of the actual stadium at the end of the pathway which runs alongside the training pitch. The main stand is the all-seater Brian Tatum Stand on the western side of King's Marsh - this is able to seat 186 spectators including an officials section in the middle. There is an impressive two-storey clubhouse next to this with a flat platform area outside to view from. This section also contains a food outlet. 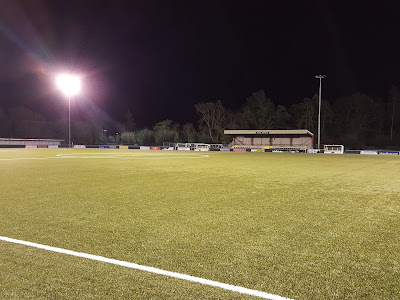 On the opposite side of the pitch, the eastern stand, known as The Shed, is made up of six rows of concrete six the back four rows terracing and the front two rows set aside for around 60 seats. The two dugouts are placed in front of this and there are additional viewing areas in the form of large uncovered grass areas either side of the stand. The areas behind the goals are identical with roof cover for the entirety of the northern and southern ends to protect the flat concrete standing area underneath. 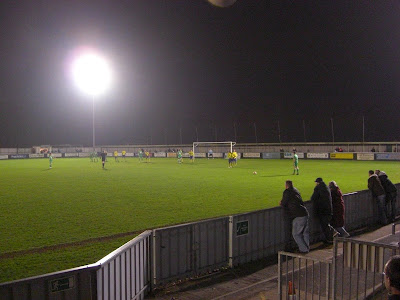 The game was ok with two evenly matched teams playing some decent football. Thamesmead took the lead after a quarter of an hour with an effort into the bottom corner of the goal. Sudbury equalised with a looping shot on the half-hour mark and the sides went in level at the break. Both teams had opportunities to win it in the second period but just when it seemed to be heading for a draw Sudbury headed in a corner in the last minute of the game. The 2-1 scoreline pleased the home side greatly but it was a harsh result on Thamesmead who deserved to leave with at least a point. 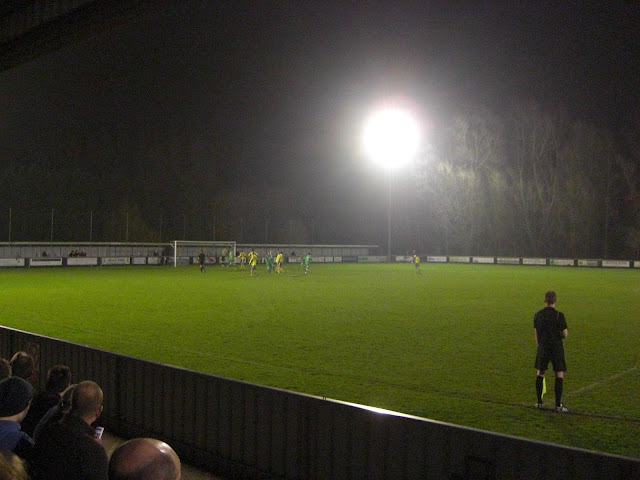