My next match of 2011 was on Friday 28th January at the Colchester Community Stadium in Colchester, Essex. The match was Colchester United vs. Peterborough United in Football League One.

Colchester Community Stadium is located by Junction 28 of the A12 road. Initially built a significant distance from anything of note the area around the stadium continues to slowly develop - a David Lloyd Leisure Centre opened by the southern side of the ground in 2016 and a large housing estate under construction in this area as well. The venue is around two miles north of Colchester railway station and has been home to Colchester United since 2008 when they left their previous ground Layer Road which had hosted football for 98 years. 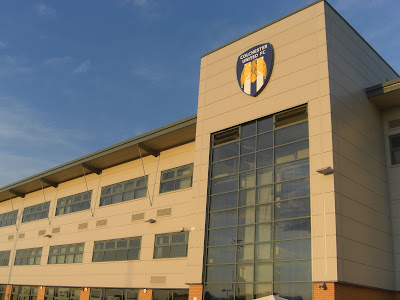 As a Colchester United I attend games frequently at the stadium. My first game there was on 21st February 2009 to see Colchester United lose 1-0 to Southend United in a Football League One match. Having been built recently the ground has excellent facilities that are a world away from the cramped Layer Road which had become unsuitable for a team which was at the time in the second tier of English football. 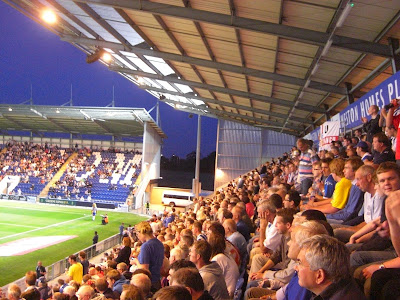 The stadium is a fairly standard modern structure with four similar looking stands with gaps in the corners between each of them. The West Stand is slightly larger than the other three as it contains the club reception, a cafe, hospitality and conference areas and dressing rooms. The stadium's capacity is just over 10,000 and although there is potential to increase it to 18,000, there is absolutely no need to do so with current attendance levels. Away teams that bring large followings are given the whole of the North Stand. For those teams with smaller followings they are placed in the right-half of the East Stand. The most concentrated bulk of the home support is in the South Stand which is where I usually watch from. 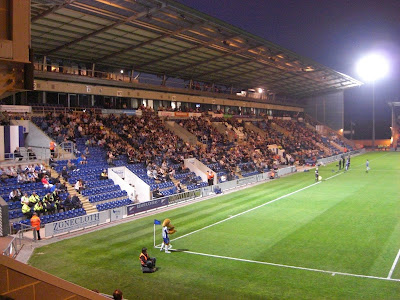 The game had an unfortunate start as Colchester were caught napping and Peterborough netted after just 35 seconds when Tommy Rowe headed home. However, the U's fought their way back into and levelled the scores through a Keith Gillespie shot just before the break to go into the interval tied at 1-1. Colchester had many chances to score in the second half and just when it looked like it was heading for a draw David Mooney steered the ball in to grab the winner with five minutes remaining. 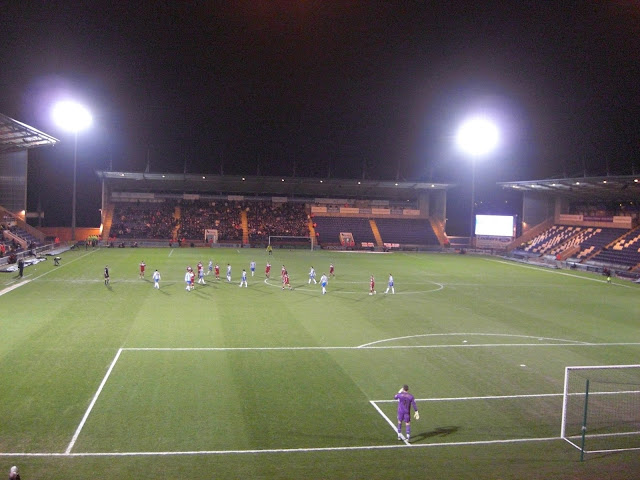