My twenty-eighth new ground of 2011 was on Friday 22nd April at Griffin Park in Brentford, London. The match was Brentford vs. Colchester United in Football League One.

Griffin Park was a less than half a mile from Brentford railway station, though South Ealing tube station was also less than a mile away. The ground was situated in a residential area and with it being surrounded by houses on most sides, was rather compact in nature. Having been used by Brentford since 1904, Griffin Park was an old-style ground that has had much work over the years to bring it up to modern standards. The club departed in 2020 to move into their new 17,500 all-seater Brentford Community Stadium. 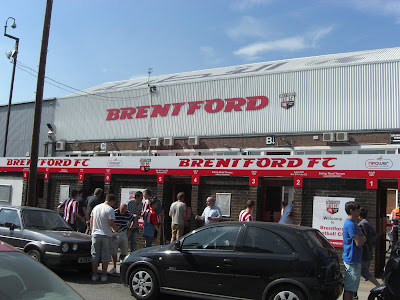 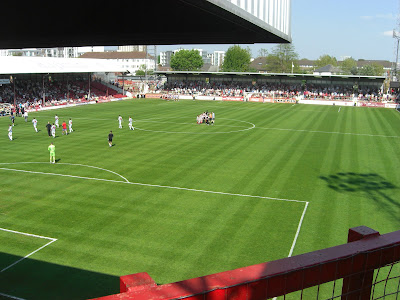 Me and my friend arrived at the ground to find Colchester hadn't sent our tickets to the Brentford ticket office so had to wait for the Brentford staff to issue us some new tickets. This meant we got into the stadium very close to kick off and decided to take our places in the all-seated upper tier of the away section. The legroom was basically non-existent, but as it was not particularly busy we were able to rest our legs on the seats in front. For the rare occasions where the stadium is at full capacity, this would be a real issue for people of average height or above. The view from the top tier was good and the stadium was well ventilated which meant it was nice and cool on a very warm day. 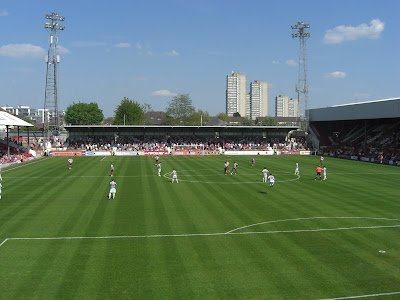 The game was a pretty decent one, with both sides having good opportunities to win. Colchester started off the brighter of the two teams and took the lead after 15 minutes after Ian Henderson nodded in a Steven Gillespie shot. Brentford then came back into the game and only a terrific save by Colchester goalkeeper Ben Williams denied the home side an equaliser just before half-time. In the second period both sides had good chances to score but it was Brentford who found a breakthrough when Sam Saunders curled in a free-kick with 15 minutes remaining. Brentford went close to finding a winner in the closing stages but were ultimately unable to do so both sides left with a point apiece. 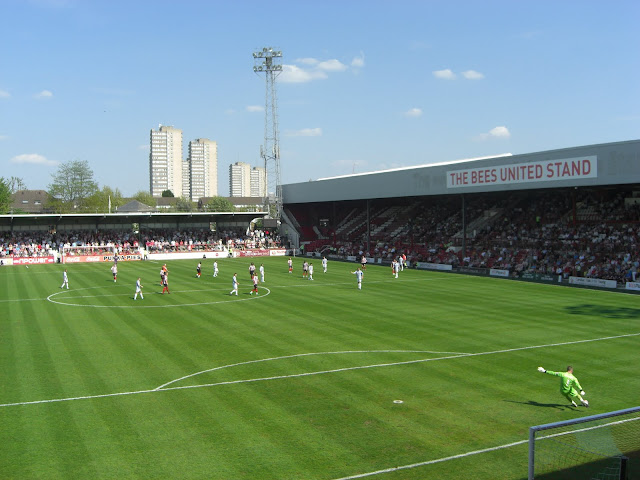