My thirty-third new ground of 2018 was on Saturday 1st December at Grange Lane in North Ferriby, East Riding of Yorkshire. The match was North Ferriby United vs. Lancaster City in the Northern Premier League Premier Division.

Grange Lane is on the eastern end of the village of North Ferriby. This village sits on the banks of the River Humber a few miles west of the Humber Bridge. The southern side of the ground is adjacent to the Hull to Selby railway line while the western side has allotments running right up to the perimeter of the stadium site. The site has fields to the east but there was scope for a small bit of land behind the goal to be assigned to an artificial mini-pitch. The northern side has a small car park for the club's use as well as a children's playground and skatepark. Beyond this is an area of green space with three mini football pitches and a cricket area. The nearest railway station is Ferriby which is just a third of a mile away. However, with no Saturday service this is not much help for football travel - the nearest useful station is Brough which is four miles to the west. 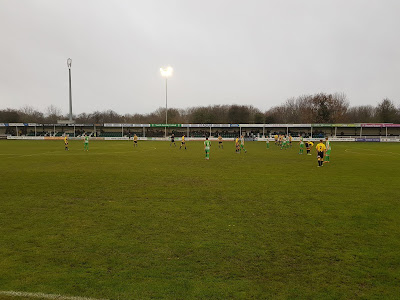 The entrance turnstile is in the north-west corner and upon entering the ground you emerge into a uncovered area. All areas of the ground are hard standing so as much space is utilised for spectators as possible. Working towards the eastern end there are then demountables for a club shop, toilets and a food outlet. The two dugouts are separated by the entrance to the building containing the dressing rooms. This building's roof extends out towards the pitch and has a TV gantry sat atop it. Beyond this this side reverts to uncovered standing and behind this is one building with the club house, bar and boardroom and another one with offices. 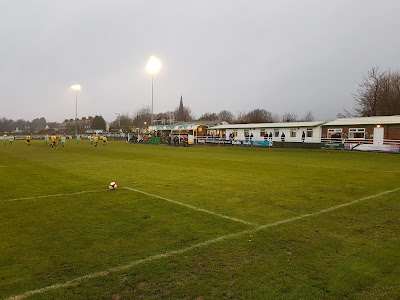 The main stand runs the entire length of the pitch on the southern flank of Grange Lane. This is predominantly taken up by 501 seats across four rows but this is bookended by seven rows of concrete terracing at either end of the stand. There are around 20 thin supporting beams which hold up the roof so all views from this stand are slightly restricted. The eastern end of the ground is uncovered with a two-level concrete standing area. There are a couple of amenities in the south-east corner in the form of a snack bar and a toilet block. The western end is more sparse with just flat uncovered standing. Both ends have netting up behind the goal due to the adjacent fields and allotments respectively. 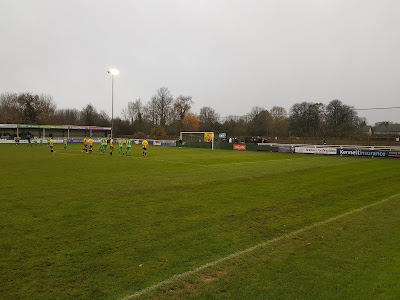 North Ferriby's rapid rise through the football pyramid has been followed by an even more rapid fall. After back-to-back relegations the club find themselves in the 7th tier for the 2018/19 and rooted to the bottom of the table once again are on course for a third relegation on the spin. In the 8th minute the form book appeared to be going to plan when Lancaster took the lead. A free-kick into the area was cleared but North Ferriby didn't deal with the second phase and when the ball was sent back in Steven Williams directed a looping header over the diving Lewis Exall. However any feelings that Lancaster would race ahead were dispelled in the 11th minute when the hosts equalised as Tom Waudby flashed the ball across goal for Jake Martindale to knock in from a couple of yards out. Five minutes later the home side should have gone in front when a poor pass across the Lancaster defensive line was intercepted by Josh Vickers but in on goal he was panicked by the recovering defender and aimed a weak shot straight at Jack Sims. Lancaster came right back after this and retook the lead in the 19th minute. David Norris ran onto a through ball on the edge of the area and his deflected shot found the bottom corner of the net. North Ferriby didn't lie down and went close through Jack Smith in the 34th minute when his fizzed shot from 20 yards took a deflection and clipped the outside of the post. The best chance to equalise however fell to Jordan Harrison a minute before the break. After the ball was slid through to him he rounded the keeper but with a defender nearby he opted not to shoot instead attempting to square the ball. Unfortunately it was a misplaced ball and the chance was lost. An entertaining first half gave way to a more mundane second 45 minutes. North Ferriby edged the play but Jack Sims in the Lancaster had little to do for much of the second period. The main point of contention came in the 67th minute when Lancaster's Paul Dugdale shoved North Ferriby's Jack Smith into the hoardings at the side of the pitch while jostling for a corner. While Smith went off injured Dugdale was fortunate to only escape with a yellow card. There were a couple of scrambles in the visitor's box from North Ferriby corners in injury time. The second of these some six minutes beyond the end of the ninety boiled over with most of the players on the pitch becoming involved in a pushing match. For this Callum Harrison received his second booking and was sent from the pitch for the remaining seconds. After the final whistle there was a further altercation between the management staff of the two sides as a bad tempered second half was decided in favour of a 2-1 victory for Lancaster. 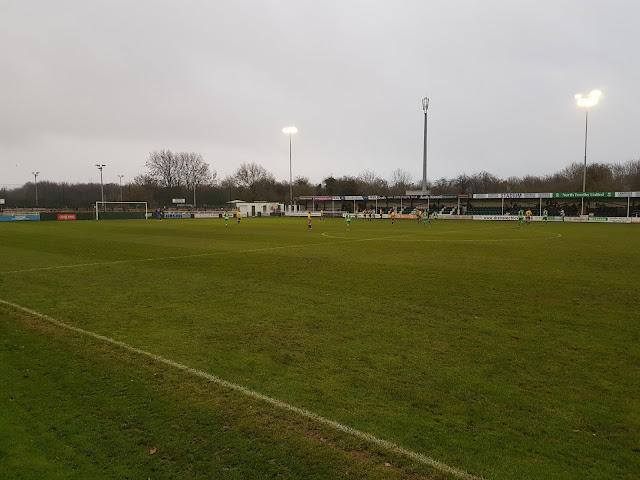