My seventy-fifth new ground of 2011 was on Tuesday 29th November at Hornchurch Stadium in Hornchurch, London. The match was AFC Hornchurch vs. Hendon in the Ryman Isthmian League Premier Division.

Hornchurch Stadium (also known as Bridge Avenue) sits in a residential area just under half a mile from Upminster Bridge tube station on the District Line, although Upminster railway station is also of a similar distance. The ground has been home to AFC Hornchurch and its previous incarnation Hornchurch FC since 1953. 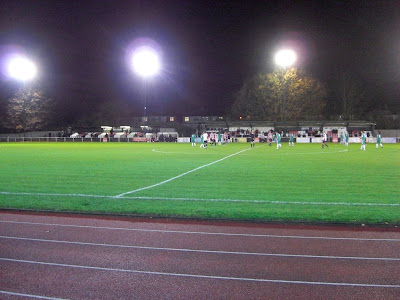 The ground is shared with an athletics club with a running track encircling the pitch. Because of this the viewing areas are along the length of the pitch with just walkways behind the two goals. The west side of the ground holds two stands - a 180-seat structure level with the half-way line and a smaller 150-seat stucture towards the goal at the southern end of the ground. 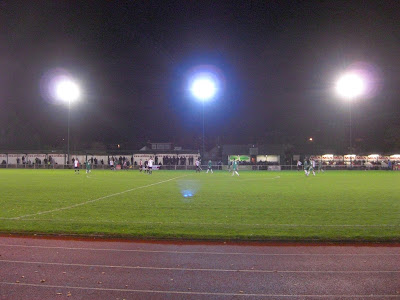 The east side of the venue has three stands - an all-seater stand able to hold just under 250 fans which sits towards the goal at the southern end of the ground, a 40-seat directors enclosure stand which sits level with the half-way line and a covered terrace stand which sits towards the goal at the northern end of the ground. The club also has an excellent clubhouse on the south side of the venue behind the goal as well as a club shop and gym facilities for the players on site. 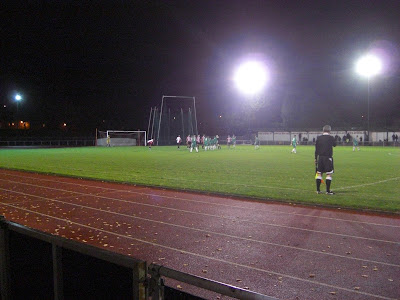 The game was rather quiet to begin with in terms of action with no meaningful shots on goal until the 21st minute when Hendon hit the Hornchurch crossbar. Three minutes later the away side took the lead with a drilled shot from the edge of the box into the bottom corner of the net. Hendon continued to press and looked the more likely to score again as the half ended with the visitors on top but only by a single goal. The home side had some decent chances in the second half but rarely threatened the Hendon keeper. The visitors themselves went close to scoring after a couple of goal-line scrambles but ultimately neither side could get the ball in the net and so Hendon went away 1-0 winners. 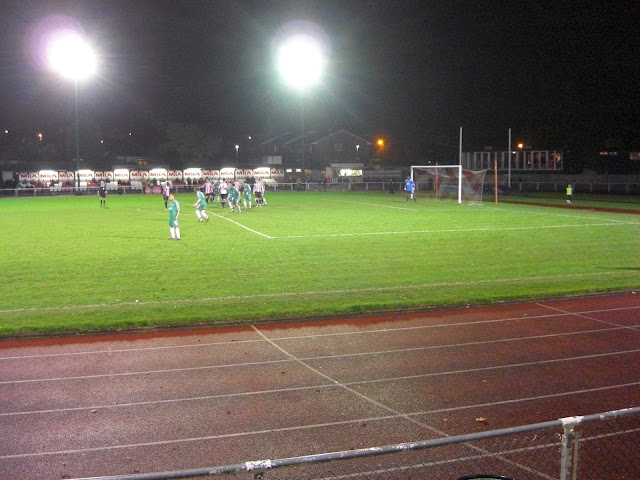