My sixth new ground of 2017 was on Wednesday 5th April at Sandygate Road in Sheffield, South Yorkshire. The match was Hallam vs. Shirebrook Town in Northern Counties East League Division One.

Sandygate Road is nestled in the Crosspool suburb of Sheffield with houses bordering most of it as well as a church to the east. The ground is 3 miles west of Sheffield railway station. It doubles as a cricket ground with the east of the cricket field overlapping with the west of the football field. The venue began hosting sport in 1804 for Hallam Cricket Club and in 1860 when Hallam Football Club was formed they also called it home. As a result Sandygate Road is recognised as the oldest football ground in the world. 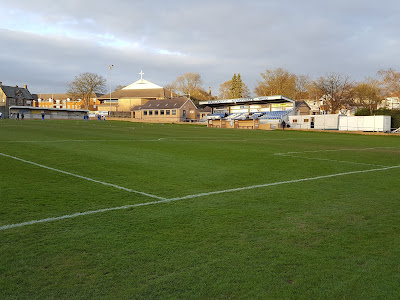 The 1860 suite is located in the north-east corner of the ground - this excellent clubhouse and bar was opened in 2012 after the club were left a significant amount of money in a supporter's will. It also contains memorabilia relating to the club and ground's long history. Adjacent to this is another building which contains a food outlet on the outside and the player dressing rooms on the inside. Attached to the front of this building is an all-seater stand with 210 seats. The two brick dugouts reside in front of this stand and also next to the stand are are two demountables for the boardroom and manager's office. 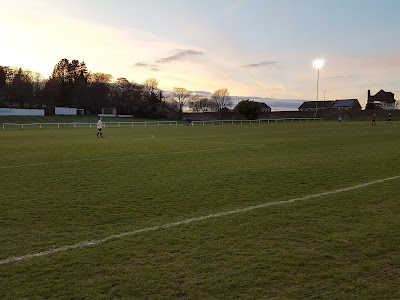 The only other stand in the venue is behind the northern goal. For around one-third of the length of this end there is a covered terrace to the left of the goal. Continuing on from this is an uncovered terrace behind the goal with the western section a grass area leading into the cricket field. This extends round to the cricket pitch on the western part of the ground and though a temporary barrier is in place during football matches this is not an area for spectators. The area behind the southern goal is uncovered standing with cricket nets taking up the back section of the western half of this end. 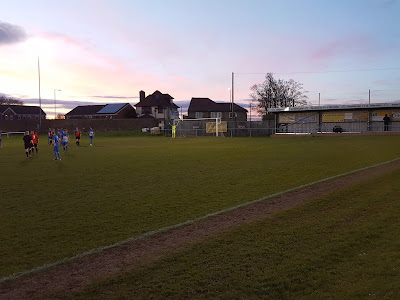 It took Hallam all of 50 seconds to open the scoring - a throw-in made it into the area, the ball was clipped into the air and Jack Hargreaves sweetly struck a volley into the bottom corner from 12 yards. The remainder of the first half saw Hallam regularly getting in behind Shirebrook requiring the hosts to produce several key saves and last ditch tackles. This inability to put the game out of sight cost the hosts in the 34th minute when Shirebrook crossed a free-kick into the Hallam area and a mix-up saw Tim Whittaker divert the ball past his own keeper. The game turned at this point and suddenly it was the visitors on top. Shirebrook ended the half strongly and continued into the second period almost scoring in the 50th minute when Bruno Holden went down the left wing, cut inside and launched an excellent curling effort which flew back off the crossbar. As the game progressed Hallam sorted themselves out a bit and in the 63rd minute went close when Kieran Watson was put clean through only to be denied by the Shirebrook keeper. The key moment came in the 72nd minute when a free-kick was whipped into the box, nodded forward to Watson who mis-hit a volley which bobbled in off the post to put the hosts back in front. Hallam almost made sure of the points in the 85th minute when a free-kick was drilled into the box and steered onto the post. Although that chance wasn't converted the single goal lead proved enough as Hallam saw out the game to continue their play-off push. 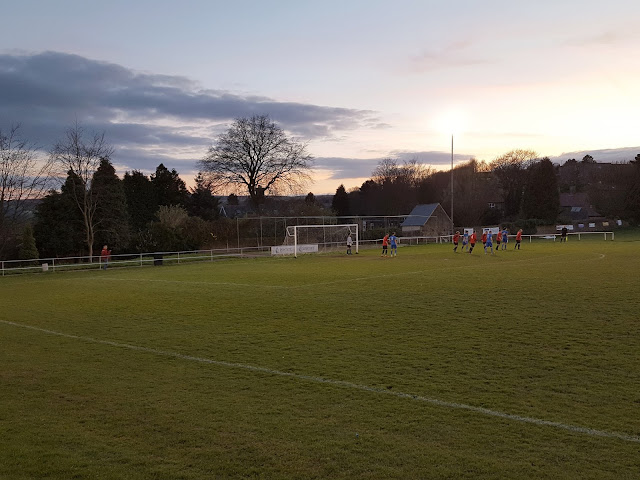