My fifty-eighth new ground of 2011 was on Tuesday 13th September at The Valley in Charlton, London. The match was Charlton Athletic vs. Preston North End in the Carling Cup 2nd Round.

The Valley is around 350 yards from Charlton railway station in a residential area close to central London. The original Valley was home to Charlton from 1919 to 1985 with the club returning to the newly renovated version in 1992 after several years away. 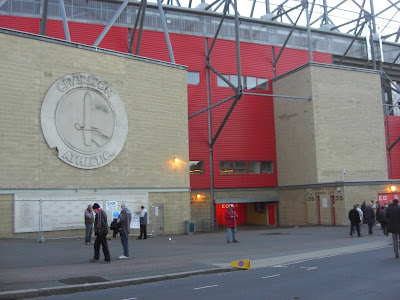 Despite the fact the club only moved into the renovated Valley in 1992, further redevelopments have been done on three of the four stands. The remaining stand, the Jimmy Seed Stand, is located on the south side of the venue and houses away fans. It is by far the smallest in the ground with a capacity of 3,000. Charlton were planning to also redevelop this but their fall from the Premier League down to the third tier has scuppered this for the time being. 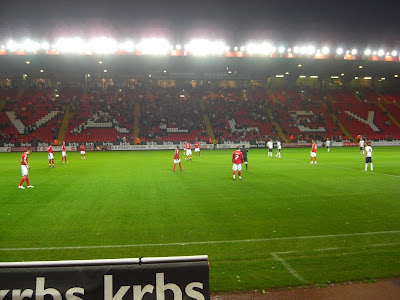 At the opposite end of the ground sits the North Stand, a 9,000 capacity two-tiered stand with quadrants in both corners linking it to the East and West Stands. The East Stand is a single-tiered stand running down the side of the pitch which can seat over 5,000 fans. The other two-tiered stand in the ground is the West Stand. This is the largest stand in the venue, able to hold just under 10,000 supporters and this is where I watched the game from. 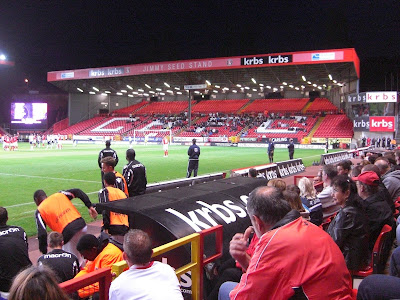 The game was a League Cup 2nd Round tie between League One sides Charlton Athletic and Preston North End. It was the visitors who opened the scoring on 11 minutes after knocking in a rebound to a saved shot from 12 yards, and for the rest of the first half Preston held the upper hand and could've put the game to bed by half-time after some dire Charlton defending. However, it was just 1-0 at the break and the home side came racing out of the traps in the second period, putting the Preston goal under a lot of pressure. However, when the second goal of the night came, it was for Preston who scored a dipping 25-yard effort against the run of play. This demoralised Charlton and the away side dominated the rest of the game, and almost extended their lead further. In the end they were unable to do so but would have been content with their 2-0 victory. 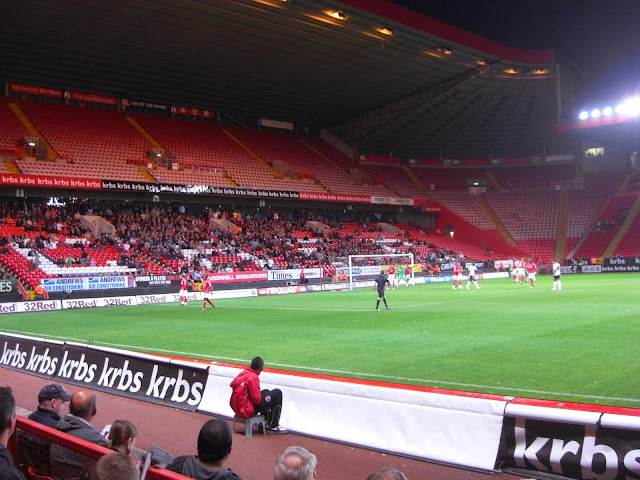