My twelfth new ground of 2017 was on Sunday 16th April at Brocstedes Park in Ashton-in-Makerfield, Greater Manchester. The match was Ashton Athletic vs. Squires Gate in the North West Counties League Premier Division. 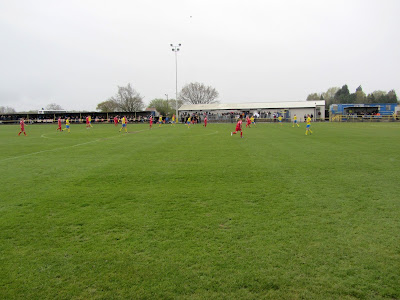 The ground entrance is close to the half-way line on the western side of the patch. There is a demountable club shop directly by the entrance and then further forward a clubhouse with a bar, food outlet and dressing rooms. In front of this is a flat concrete area with a couple of picnic benches. There is a small roof overhang which provides a single line of covered viewing. By the half-way line itself there are the two dugouts and adjacent to this is a stand which runs almost half the length of the field down to the southern end. This covered stand is a mixture of seating and standing areas. There is a much smaller all-seater stand in the north-west corner of the ground which allows for another covered viewing area. 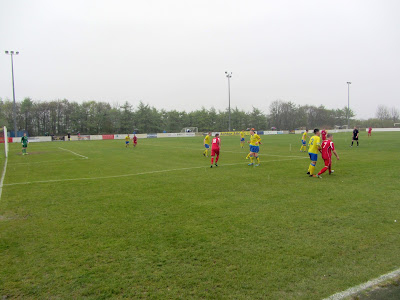 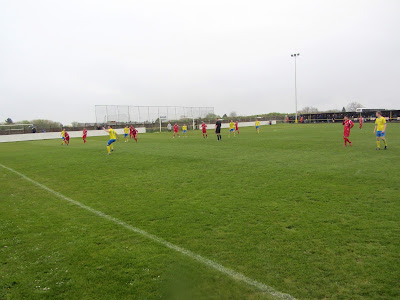 The game burst into life early on as the visitors scored in only the 2nd minute of the tie. It came about when a shot at the near post was dropped by the keeper and Joseph Noblet reacted quickly to smash into the roof of the net. It took until the 10th minute for Ashton to equalise when a cross from the left of the box was backheeled into the corner from 10 yards out by Danny Smith. The rest of the half was fairly even but not many shots were on target so there wasn't a huge amount for the keepers to do. Ashton managed to get on top in the 2nd half and were clearly the better side in the final 45 minutes. They took the lead in the 63rd minute after a quick break down the left wing saw the ball squarded for Lee Vaughan to slot home from 12 yards out. The visitors best chance was in the 83rd minute when a free-kick was missed by the Ashton goalkeeper and the subsequent header was cleared off the line by a covering Ashton defender. 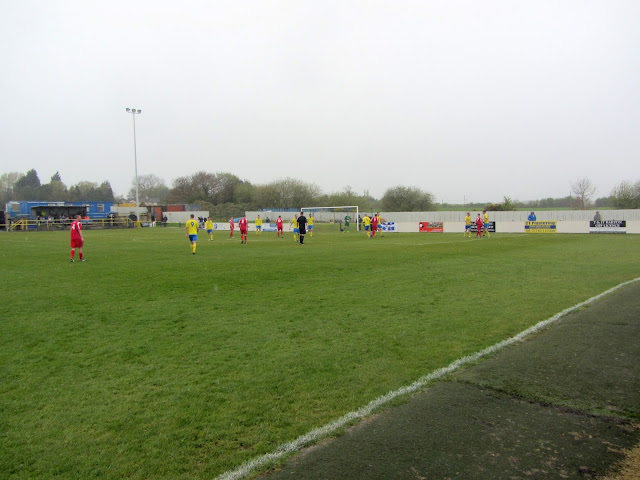