My twelfth new ground of 2011 was on Tuesday 1st March at New Lodge in Billericay, Essex. The match was Billericay Town vs. Heybridge Swifts in the Essex Senior Cup Semi-Final.

New Lodge is just over a mile from Billericay railway station on the western outskirts of the town. The ground has been home to Billericay Town since 1971. 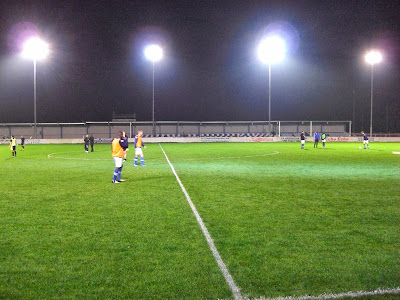 New Lodge has had a significant amount of work completed since my most recent visit. When I attended in 2011 the east side of the ground had a small covered grandstand which was raised above the dugouts in front. The stand had around 80 seats and was the designated area for club officials. Adjacent to this was a pretty good clubhouse, the player dressing rooms and a food outlet. Also on this side of the ground there was a covered terrace section which ran from the half-way line down towards the southern goal. In August 2017 the Harry Parker Stand was built in place of the two previous stands - this all-seater stand has over 600 seats with eleven supporting beams and a floodlight in front of it. The clubhouse has been upgraded with a new balcony area with seating for corporate visitors. 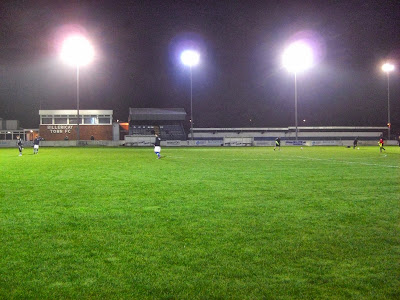 The opposite side of the venue has the Family Stand, a covered all-seater stand which runs the length of the field. This stand was modified during 2017 as during my visit it was split into a seated section of 260 seats and a terraced section. The structure also stopped around the northern penalty area so was extended as part of the site redevelopment. The northern and southern ends are completely different to when I attended. Back in 2011 there were two small covered metal terraces taking up around a third of the length behind the goals. Much larger terraces have since taken their place running close to the full width of the ground. These terraces have plenty of supporting beams with fifteen for the North Terrace and twelve for the Blunts Wall Road End at the southern edge of New Lodge. 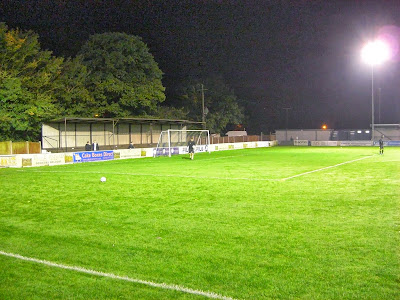 Billericay notched up the opening goal of the game in the 29th minute when a corner was only cleared as far as Micah Hyde who struck low past the Heybridge goalkeer. Just before the break the home side made it 2-0 when Cedric Ngakam scored from close range. Heybridge put up a better show in the second half and pulled one back in the 55th minute when Luke Callendar got on the end of Tom Broadhurst's cross. Heybridge had a few decent chances after this but just when it looked like the home side had done enough to see the tie out the visitors were awarded a 90th minute penalty when the referee spotted a handball. Chris Bryan buried the spot-kick to take the game into extra time. Just a couple of minutes into extra time Billericay retook the lead when Cedric Ngakam again netted from close range and despite Heybridge's best efforts that was the last goal of the tie. 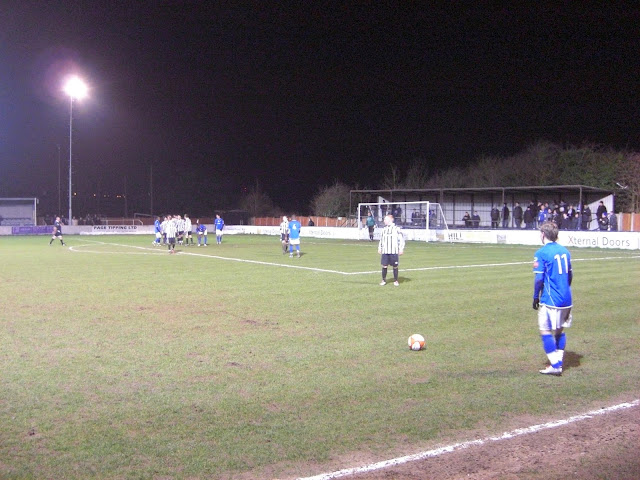