My sixty-eighth new ground of 2011 was on Tuesday 25th October at Brewers Green Lane in Diss, Norfolk. The match was Diss Town vs. Gorleston in the Ridgeons Eastern Counties League Cup 1st Round.

Brewers Green Lane is 1.6 miles from Diss railway station on the western outskirts of the town. The ground has been home to Diss Town since 1983 when the club moved from their old Roydon Road ground where they had played for nearly 100 years. 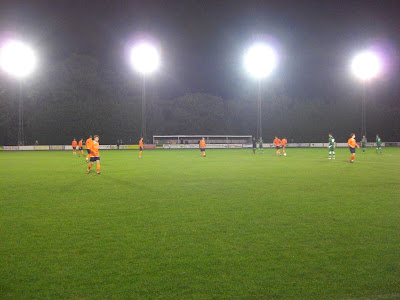 The ground has one all-seater stand level with the halfway line on the south side of the venue which contains just under 200 seats. The club charges an additional 50p on top of the entry to the ground for fans to sit in this area. The stand also contains the officials dressing rooms and directly behind the structure is a small training pitch. This side of the venue also houses the clubhouse/bar area as well as several picnic benches and the club car park. 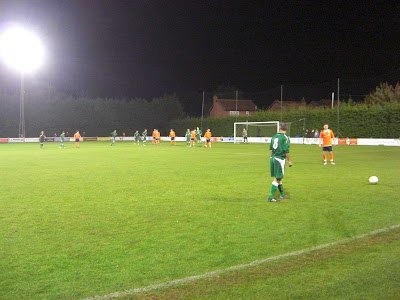 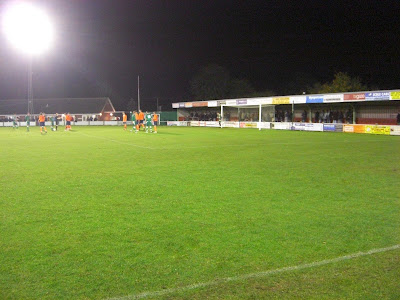 The game was an Eastern Counties League Cup 1st Round tie between Eastern Counties League Premier Division sides Diss Town and Gorleston. In an opening period blighted by injury stoppages it was the home side who had the lion's share of the play but on 37 minutes a badly mistimed tackle gave Gorleston a free-kick right on the edge of the box which was dispatched neatly into the bottom corner of the net to give the visitors the lead at the break. Gorleston started the second half aggressively and rattled the crossbar with a fierce dipping shot ten minutes after the restart. On the hour mark the visitors duly got their second goal when a shot from outside the box took a big deflection off a Diss defender and rolled in. However, less than a minute later the hosts were back in it after a corner was drilled home at the backpost. Diss then attacked the Gorleston goal for most of the remaining half-hour but were unable to score and so Gorleston held on for a 2-1 victory. 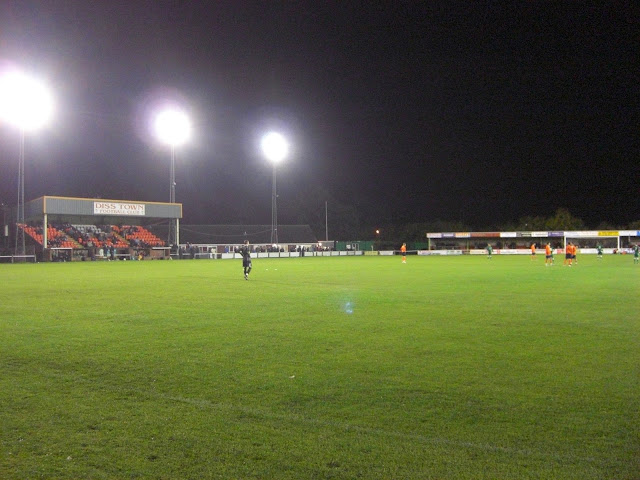