My second new ground of 2012 was on Saturday 7th January at White Hart Lane in Tottenham, London. The match was Tottenham Hotspur vs. Cheltenham Town in the F.A. Cup 3rd Round.

White Hart Lane sat next to a trading estate in a largely residential area in north London. The closest railway station was White Hart Lane which was 500 yards away. The nearest tube stations were Seven Sisters and Tottenham Hale on the Victoria Line both around 1.5 miles from the venue. The ground was home to Tottenham Hotspur from 1899 until it was demolished in 2017 to make way for the new 62,062 capacity Tottenham Hotspur Stadium to take its place. 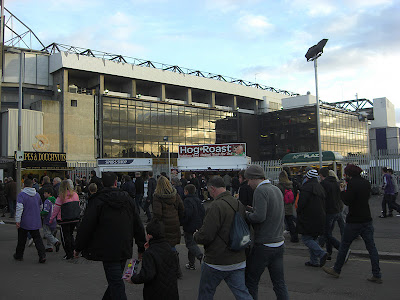 White Hart Lane was separated into four stands although the filing in of the corners with additional seating did give the feeling of a bowl. All four stands were two-tiered with the largest of these being the 10,691 capacity East Stand which ran the length of the pitch. This stand was the only one in the ground with supporting pillars with this leading to some restricted views. Opposite this was the West Stand, which was able to hold 6,890 fans. This had the lowest capacity of all four stands with much of this down to the large hospitality and media section in between the two tiers of the stand. 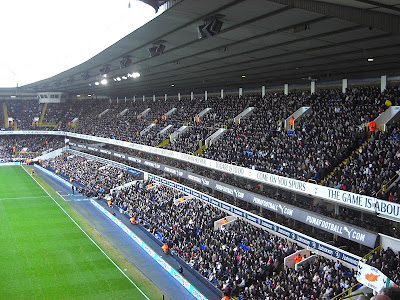 The North Stand sat behind the goal at the northern end of the ground and held 10,086 fans. Away fans were usually positioned in the north-east corner of the ground but for this F.A. Cup tie Cheltenham were given the entire lower tier of the stand. The remaining stand was the 8,633 capacity South Stand behind the opposite goal. Like the North Stand it featured a large video screen which is attached to the roof. 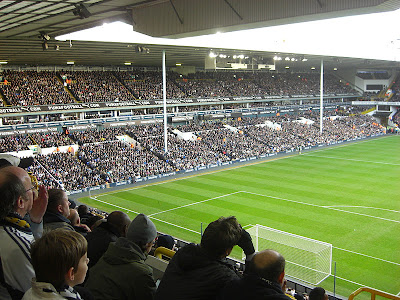 The game was an F.A. Cup 3rd Round tie between Premier League side Tottenham Hotspur and League Two side Cheltenham Town. Both sides were having good seasons heading into the match with each occupying 3rd place in their respective divisions. Tottenham sent out a second-string side but they easily controlled the early going and in the 25th minute took the lead. A ball from the back split the away defence allowing Giovani dos Santos to sprint clear and lift the ball over the goalkeeper. With it heading for the net Jermain Defoe slid in to poach the goal off of Giovani. In the 43rd minute the home side doubled their lead when Defoe crossed across the box and Roman Pavlyuchenko slotted home from a couple of yards out. After the break the visitors played some decent football and had a few chances of their own but the game was finished off with three minutes remaining when a poor defensive clearance fell to Danny Rose who played in Giovani dos Santos whose deflected shot looped over the Cheltenham goalkeeper to round off a comfortable 3-0 victory for Tottenham. 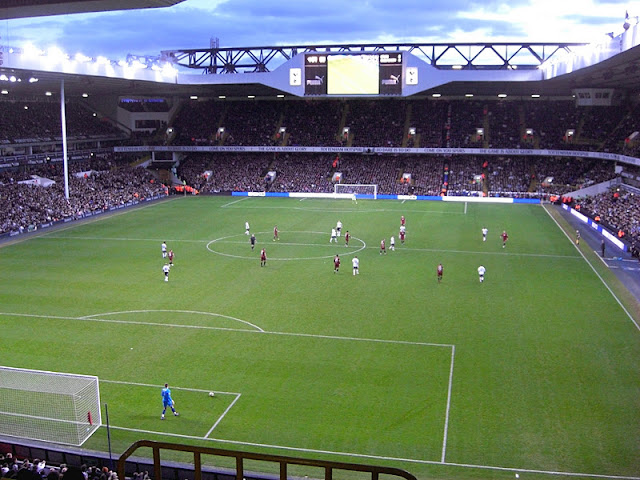