My seventeenth new ground of 2011 was on Saturday 19th March at Imperial Fields in Morden, London. The match was Tooting & Mitcham United vs. Harrow Borough in the Ryman Isthmian League Premier Division.

Imperial Fields is a short distance from the Mitcham tram stop and on a warm and sunny day it was a fine ground to visit. The stadium is quite new having been developed in 2002 and has one large seated stand of good quality. Behind the goals are terraces which are partially covered in the middle giving the venue a slightly odd look, but on the whole I liked the ground. 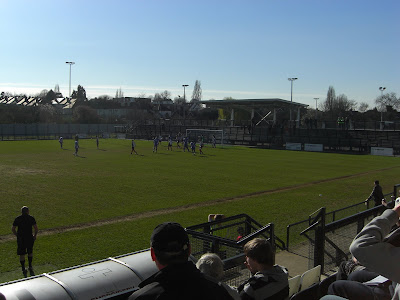 The game was an entertaining one which started with a bang when Harrow scored very early on through Rocky Baptiste. Tooting & Mitcham however, fought back well and scored the next three goals to take a commanding 3-1 lead into the final minutes. A late penalty for Harrow made it an edgy finish for the home side but they were able to maintain their lead for a 3-2 win. 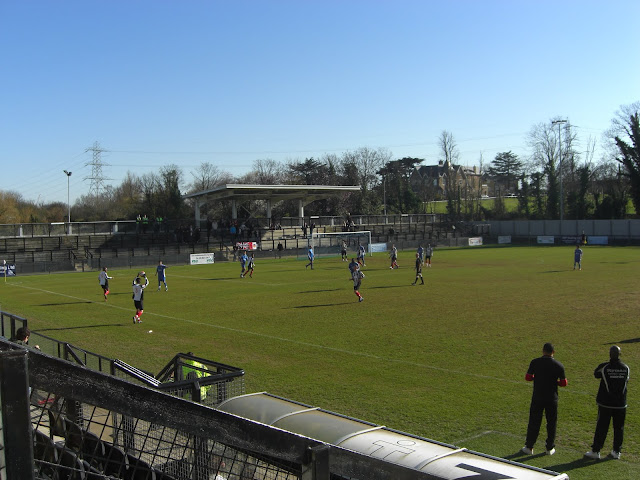