My twenty-second new ground of 2012 was on Saturday 3rd November at Deepdale Stadium in Preston, Lancashire. The match was Preston North End vs. Yeovil Town in the F.A. Cup 1st Round.

Deepdale Stadium is located in the Deepdale area of Preston just to the north-east of the town centre. The stadium is 1.5 miles from Preston railway station and sits adjacent to a park as well as being next to housing on two sides of the ground. The venue has been home to the club since they were formed in 1880. 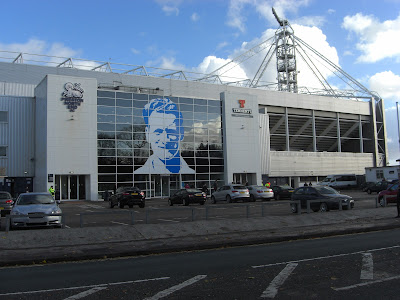 All four sides of the Deepdale Stadium have been extensively remodelled in recent years with the stadium building project finished in 2008. The first to be redeveloped was the Sir Tom Finney Stand which runs the length of the pitch on the western side of the venue. With a capacity of 8,100 this is the largest stand in the ground. It also features the main reception, press areas and restaurants. 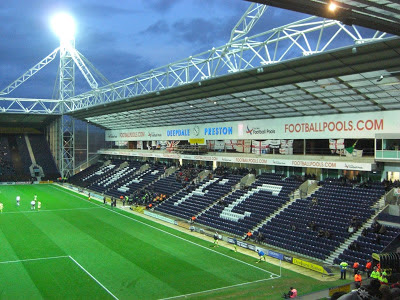 Opposite the Sir Tom Finney Stand is the newest stand in the ground, the Invincibles Pavillion, which was completed in 2008. With a capacity of 5,000 this is the smallest in the ground although it does include a row of executive boxes and restaurant above the seating area. Behind the goal at the northern end of the ground is the Bill Shankly Kop which has a capacity of around 6,000 and houses away fans. At the other end of the ground is the Alan Kelly Town End which can also hold around 6,000 fans. 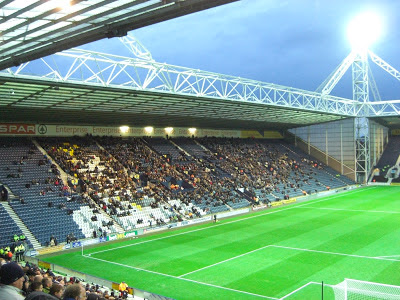 The game was an F.A. Cup 1st Round tie between Football League One sides Preston North End and Yeovil Town. The opening 35 minutes demonstrated little quality as both teams gave the ball away and were unable to generate many meaningful efforts on goal. The best moves were from the visitors who hit Preston on the counter-attack on a few occasions with some swift passing play. Ultimately this led to nothing and the home side came back into the tie as the game progressed. The warning signs were there for Yeovil and in the 38th minute Jack King's through ball saw Joel Byrom sneak past the Yeovil back four and slot the ball home to give Preston the lead. A couple of minutes later the same thing happened again as David Amoo was allowed to race clear of the away defence. Amoo rounded the goalkeeper and tucked the ball into the empty net to double the home side's lead. Just before the interval the visitors had a great opportunity to reduce the deficit when they had two efforts cleared off the Preston goal line in quick succession. From this point on it didn't look like it was going to be Yeovil's day and just after the hour mark this was confirmed when a dangerous tackle by Edward Upson saw them reduced to ten men. In the 70th minute the hosts added a third when Chris Robertson was left unmarked from a corner and he headed past Marek Stech in the away goal. After this the game petered out with Preston content to settle for a three-goal margin of victory as they advanced to the next round of the competition. 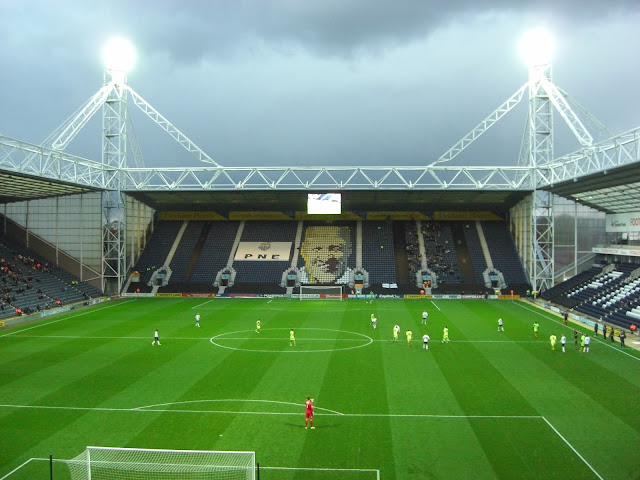