My twenty-sixth new ground of 2017 was on Monday 18th September at Coles Lane in Sutton Coldfield, West Midlands. The match was Romulus vs. Gresley in the Northern Premier League Division One South.

Coles Lane, also known as the Central Ground, is in a residential area south of the town centre. Housing borders the ground to the south and west with a grass area to the north and a canal separating the site from a primary school on its eastern side. The venue is a mile south of the town's railway station and has been home to Sutton Coldfield Town since 1920. As well as Sutton Coldfield Town the ground is also currently inhabited by Romulus who I saw during this game. 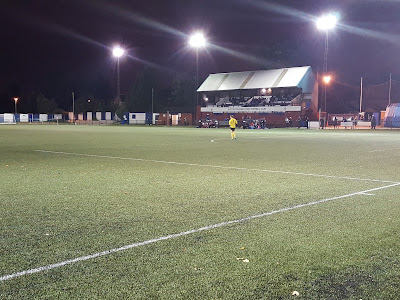 The main stand straddles the half-way line on the south-western side of the venue. This stand consists of 7 rows of flat wooden benching on a concrete platform. There is a carved out section in the middle for officials and a couple of supporting beams for the roof. The seating is raised up above ground level so provides decent views of the pitch. In front of the stand are the two dugouts and the rest of this side is uncovered standing. On the opposite side of the pitch is the north-eastern side of the ground. Two-thirds of this is uncovered standing with a 101 seat stand known as the Bernard Bent Stand situated in the northern corner. This stand includes a flat section at the front for disabled spectators. This is adjacent to the clubhouse which contains a spacious bar and a food outlet facing out towards the pitch. 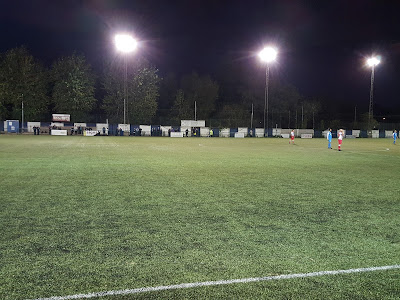 Much of the space behind the goal at the north-western end is taken up by a car park. There is then netting directly behind the goal to prevent wayward balls damaging cars. In the western corner there is an additional stand called the Richard Underwood Stand. This tiny structure is a raised metal platform which is covered and upon my visit five chairs had been placed on the platform. The other end of the ground is covered standing for most of its length with fencing behind this. The back of the covered area is linked a building behind the goal. The southern corner is uncovered standing albeit mostly on grass rather than concrete as per the rest of the ground. 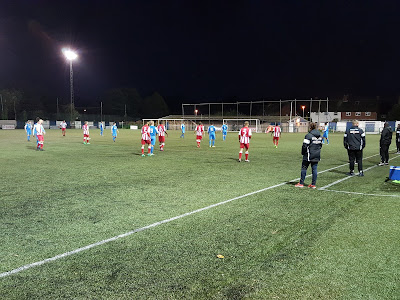 Romulus edged the first section of the game but didn't test Robert Peet in the away goal too much. The closest they came was in the 22nd minute when Romario Martin snatched at a shot and steered it across goal to go just wide. The visitors got back into the game around half-hour mark but in the 38th minute the hosts grabbed a goal. It came about when a ball over the top found Romario Martin. With a lot of work to do Martin shrugged off the challenge of one defender, beat the remaining defender and then sidefooted past Peet from close range. Ten minutes after the restart Gresley's Jon Stevenson put the ball in the net but it was ruled off for offside. In the 66th minute he went close again when Reece Morris drilled a shot at Romulus keeper Billy Spink who palmed the ball to Stevenson. Unfortunately for the visitors Stevenson shot the rebound the wrong side of the post. In the 83rd minute a Romulus counter-attack from a Gresley corner saw the ball launched towards Martin on the left-side of the penalty area and his shot flashed inches wide. Martin's earlier goal proved to be the difference between the two teams on what was a forgettable night of football. 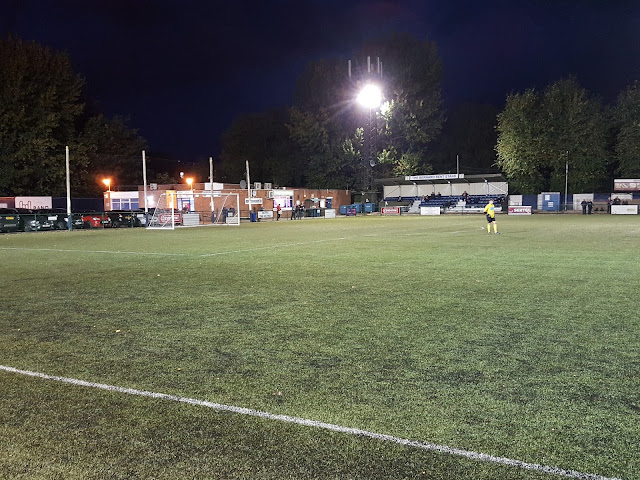