My twenty-second new ground of 2019 was on Monday 15th April at Downfield Park in Dundee, Scotland. The match was Downfield vs. Lochee United in the Scottish East Superleague.

Downfield Park is located in the Downfield area of Dundee in the north of the city. The ground is on a small parcel of green space with trees and a grass area to the west. A road runs concurrent to the southern side with the eastern side bordered by a police station and housing. Beyond the trees to the north is a secondary school. The venue is 3 miles north of Dundee railway station. 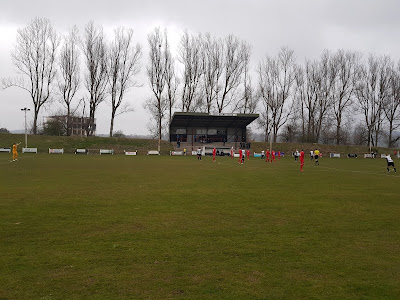 The Eric Clark Stand splits the halfway line on the northern side and is a 12 level covered concrete terrace. The upper levels are wider than the lower levels giving more space as you ascend and the third level from the top has six chairs placed on it to provide the only seating at the venue. There is a large home dugout in front of the stand and a grass bank either side of the stand. 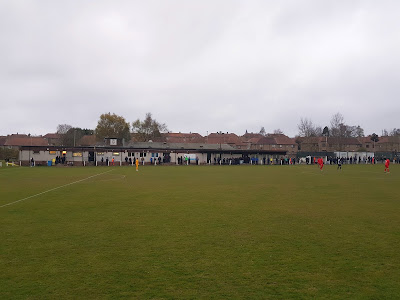 The southern side has a building running from the eastern end to just past the halfway line. This building has dressing rooms, a lounge bar and a gym. In front of this is a concrete walkway for spectators and the overhanging roof of the building extends out providing a slim covered area for the western third of it. Unusually the two dugouts are on opposite sides of the pitch with a smaller away dugout next to the club building. There is then uncovered standing on gravel towards the western end. This western end has a steep grass bank with a slim flat grass and gravel area at the bottom of the stand. The eastern end of the ground is fairly large but just consists of a flat grass area. 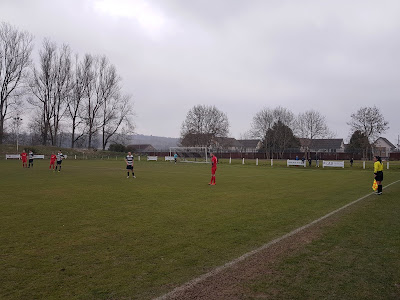 Lochee went into the game unbeaten but only 3rd in the league due to a large number of games in hand on the sides above them. Downfield on the other hand were in a relegation fight so the odds were stacked against them. Despite this the hosts had the best opportunity of the first quarter of proceedings - in the 21st minute Joe Colquhoun lofted the ball up to Brian Duell who beat the offside and lobbed away goalie Jordan Millar from the edge of the box. The ball went just wide on that occasion but Downfield kept pushing and a good attacking move in the 32nd minute culminated with the ball played to Gallacher at the back post. Gallacher's smashed shot zipped across goal and was diverted away on the line. After a decent first half display Downfield would have been disappointed to go in behind after conceding six minutes before the break. It came from the penalty spot after Jordan Garden fouled Reece Ritchie on the far side of the area. Dougie Cameron stroked the penalty low past the diving keeper. The second half was a dull affair until a spate of chances in the final quarter of the game. With fifteen minutes left a Connor McLeod dipping 20 yard volley went just wind and in the 78th minute Lochee countered a scramble in their own area by launching a quick counter attack towards the home goal. Connor Birse was the last man in the chain and though his shot was partially saved it was still bouncing towards goal requiring home keeper Ronnie Adams to race back and claw the ball away on the line. In the 86th minute the definitive second goal did arrive - after scoring the first goal Dougie Cameron turned provider as his corner was headed in by Greg Kirk from six yards out. In the final minute of the ninety Lochee added a third for good measure when a free-kick was lofted into the area and Kirk was there again to head down past Adams into the net. A 3-0 scoreline was a little harsh on Downfield who had given it a good go but another win for Lochee moved them closer to the title. 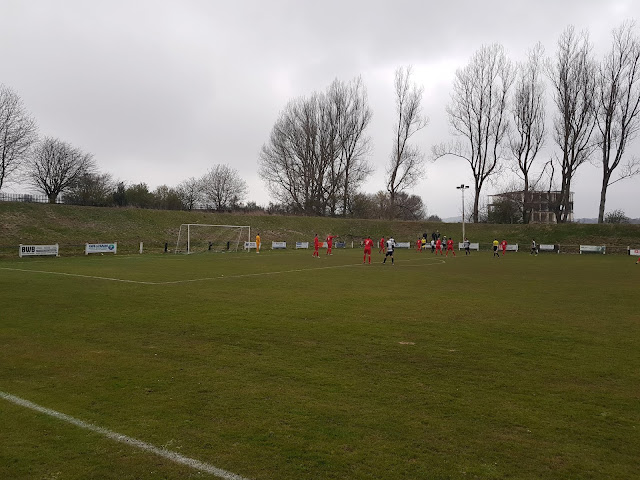