My twelfth new ground of 2012 was on Saturday 5th May at the Don Valley Stadium in Sheffield, South Yorkshire. The match was Rotherham United vs. Northampton Town in Football League Two.

The Don Valley Stadium was demolished in 2014 though when it was in use this stadium, located in the north-eastern part of the city of Sheffield, was part of a sports and entertainment area including the Motorpoint Arena and English Institute of Sport building. The venue was built as an athletics arena in 1990 and was the temporary home for Rotherham United between May 2008 and May 2012 with this match being the final one before the club moved to their new stadium. 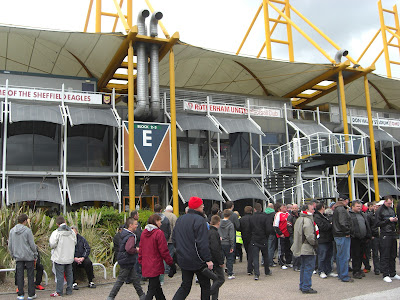 The stadium was designed as an oval-shaped bowl in order to suit the venue's primary role as an athletics arena. There was a 10,000 capacity two-tiered grandstand which ran along the entire south side of the ground and dominated the venue. The stand had a glass fibre canopy roof which covered almost all of the structure with just those towards the bottom of the stand open to the elements. This was the only seating area open for football games with away fans positioned at the eastern end of the stand and home fans taking up the remainder of it. 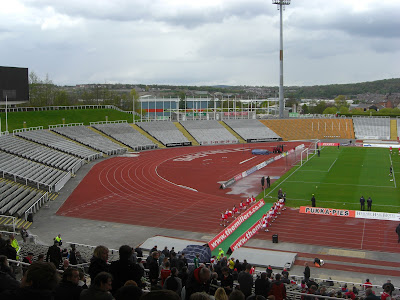 The rest of the stadium consisted of a single-tier of seating and terracing which extended round the rest of the venue. This was entirely uncovered and added another 15,000 to the venue's capacity taking it to 25,000. The facilities were good although as it is was not designed for football the experience was somewhat lacking with spectators positioned quite some way from the pitch. 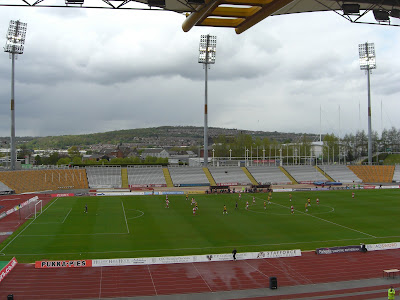 The game saw Rotherham start the brightest of the two teams and in the 7th minute they almost took an early lead when Lewis Grabban struck the post from close range. The hosts continued to press with Northampton offering very little in the first half and on the half-hour mark Rotherham took the lead as Alex Revell sent a mishit volley towards the goal with it looping over Northampton keeper Neal Kitson and into the net. Shortly after Lewis Grabban thought he'd extended the home side's lead when he put the ball in the back of the net but it was ruled out for offside as the teams went in at the break. The second half saw much of the same with Rotherham creating numerous opportunities but they were unable to take any of them. In the 94th minute the visitors punished them for their wasteful finishing when a free-kick was crossed into the box and Adebayo Akinfenwa headed home to give Northampton a share of the points. 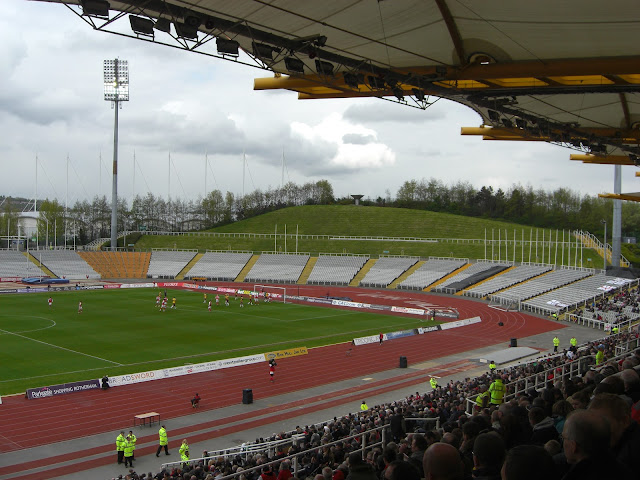