My forty-first new ground of 2011 was on Saturday 30th July at Ashton Gate in Ashton Gate, Bristol. The match was Bristol City vs. West Bromwich Albion in a friendly game.

Ashton Gate is quite a way from the main railway stations in Bristol but there is an hourly service to the Parson Street station which is just over half a mile from the stadium. The venue has been home to Bristol City since 1904. 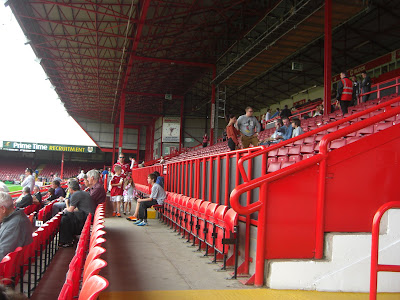 Between 2014 and 2016 the stadium underwent a major development to modernise the venue. The Wedlock Stand has now been rebuilt as a large single-tier stand which connects with the Dolman Stand. On my visit it was a long, thin stand behind the goal at the south-east end of the ground able to hold 5,500 fans. It's low roof was supported by numerous pillars meaning blocked views were more common than elsewhere in the ground. At the opposite end of the pitch the Atyeo Stand sits behind the other goal and with a capacity of 4,200 is the smallest stand in the ground and is the only part not redeveloped in the mid 2010s. 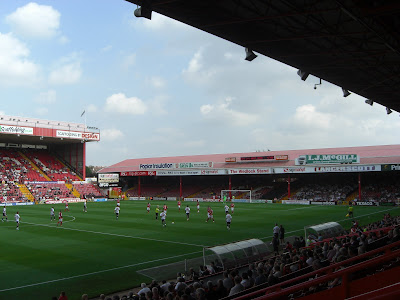 Running alongside the north-east side of the pitch is the Dolman Stand. During the redevelopment it kept its general structure but was upgraded to add more seating to take it to around 6,000. Opposite this was the Williams Stand where I watched the game from. When it stood the 5,500 capacity stand was a somewhat archaic looking structure which contained wooden seats in its upper sections. It has since been replaced with an impressive 11,000 capacity two-tier stand with corporate boxes separating the two tiers. 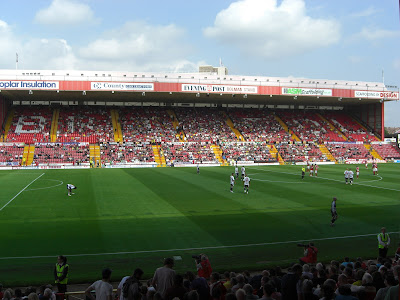 The game was a pre-season friendly between Championship side Bristol City and Premier League side West Bromwich Albion. Very little happened in a very dull first half with few clear cut chances to speak of as the teams finished the half goalless. The second half was a much better spectacle with both sides hitting the woodwork in the opening passages of play. Ultimately it was the visitors who grabbed the only goal of the game with a header in the 89th minute. The result was a little harsh on the hosts who persevered well in the second period. 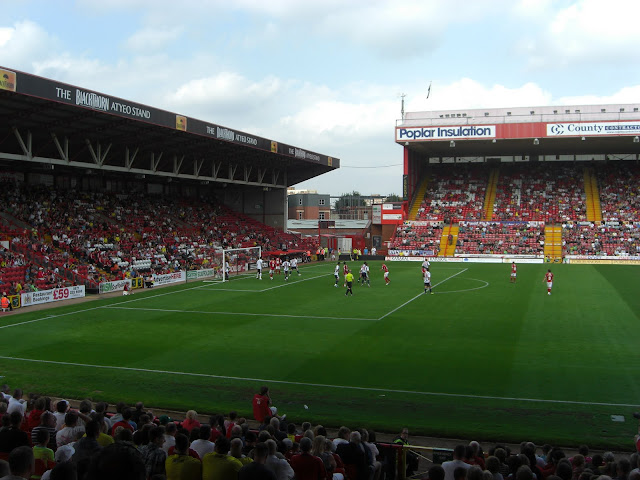