The Wellesley Recreation Ground is located in a residential area close to the town centre and just a stone's throw from the seafront. The ground is an athletics facility so includes the usual amenities as well as a tennis court and a mini 3G pitch towards the south of the venue. It is bordered by housing separated by roads on the northern, western and southern sides with the eastern side backing onto B&Bs and a cafe. The complex is a mile east of Great Yarmouth railway station and opened in 1888 with the club moving into it in 1901 after spending the first four years of their existence at the nearby Beaconsfield Recreation Ground. 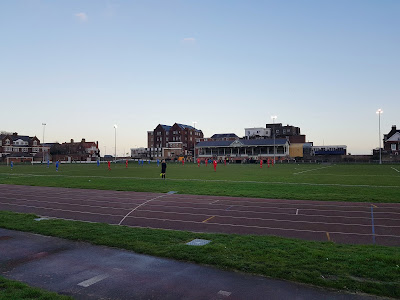 The venue is dominated by the grandstand on the eastern side of the venue. The structure dates back to 1892 and is now Grade II listed. The classic old stand is raised above the pitch with the ground level housing the club facilities, boardroom and dressing rooms. The seating deck consists of 6 rows of wooden benching affixed to a concrete base with room for around 500 spectators. There are 13 wooden supporting beams in front of the seating deck to hold up the roof and directly in front of the stand are two lots of eight benches. Just to the north of the stand is a tea hut while the remainder of the eastern side is uncovered standing. 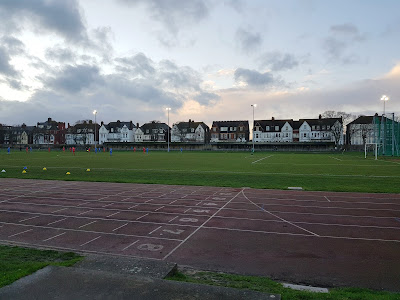 The western side has a covered three-level concrete terrace for its whole length with a large flat concrete section in front. This stand was built in 1931 so is showing some wear but provides welcome additional cover. This side also has a long jump area in between the running track and the pitch so is set even further back for spectators. The northern side has a discus throwing net in between the pitch and the running track. Beyond the running track is a grass bank followed by a concrete pathway and a flat grass area with more benches. At the back of this wide section of the ground is the Smudgers club building and a toilet block. The southern side is not usable for spectators - there is a very large grass area but views of the pitch are blocked off by a fence. 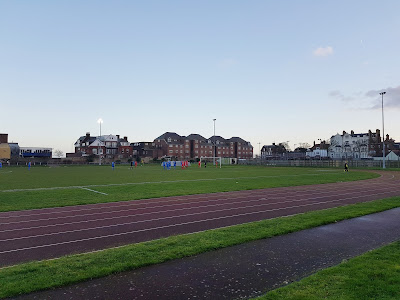 The game pitted Great Yarmouth sitting in 9th place against high-flying March Town United who came into the game in 3rd place in the table. The visitors had the ball in the net in the 8th minute when a good cross was whipped in for Craig Gillies to power a header into the roof of the net. However the linesman's flag was up to indicate offside. In the 14th minute it was the hosts who got the ball in the net but this one did count. It started with a March corner which was cleared up field for Kyle Baker to chase after. Visiting defender Tom McLeish headed the ball up in the air towards his own goal allowing Baker to nab the ball, skip past McLeish as he fell trying to recover, and slow the ball lost past Charlie Congreve in the March goal. Four minutes after this Great Yarmouth doubled their lead - the second phase of a corner saw the ball sent back in and with keeper Congreve completely missing it Cameron Barnes was there to nod in at the back post. March Town grabbed a goal back in the 27th minute after an initial shot was saved by the home keeper but after a complete scramble on the goalline Jamie Short was able to poke home. The hosts re-established a two-goal cushion seven minutes after the break when a brilliantly timed run by Jamie Smith sprung the offside line. Though his shot wasn't the best Congreve's touch couldn't prevent the ball going into the net. Great Yarmouth continued to pursue the tactic of getting in behind and almost did have further success with it. For their part March were limited to a series of corners to try and get back into it. With a quarter of an hour remaining a Yarmouth counter attack concluded with Connor Delaney laying off to Jamie Smith who should have notched up his second of the afternoon but dragged wide. In the 82nd minute the away side had a chance when the ball was knocked through to Jack Friend who shot just the wrong side of goal from the edge of the area. The final meaningful opportunity of the match came a couple of minutes after this as a long ball up to Keiran McCombe saw the Yarmouth man get ahead of the keeper and knock the ball towards goal and while everyone just waiting it ultimately trickled just wide to ensure the score remained at 3-1. 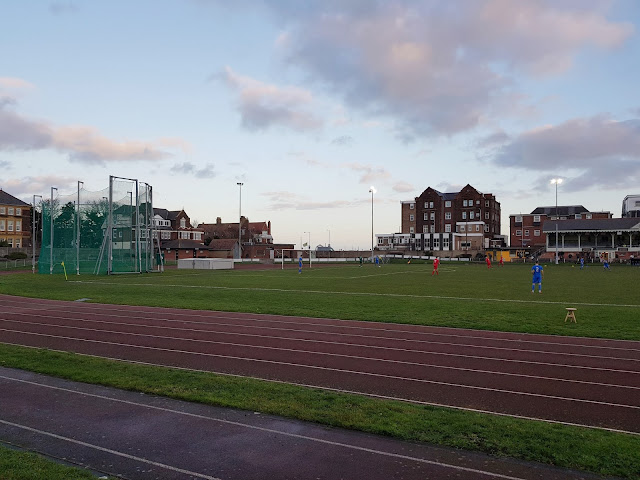