Trafford Park is located on the southern outskirts of the village of Wroxham on the Norfolk broads. The venue is 1.3 miles south of Hoveton & Wroxham railway station and has been home to the club since the 1940s. 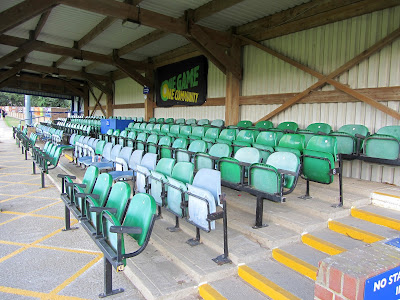 The ground has one covered all-seater stand which is level with the half-way line on the eastern side of the ground. It holds just over 150 seats and though built in 1990 has been upgraded in recent years. The cover of the stand is an usual mix of wood and metal and this include half a dozen supporting pillars which restrict views for those inside. 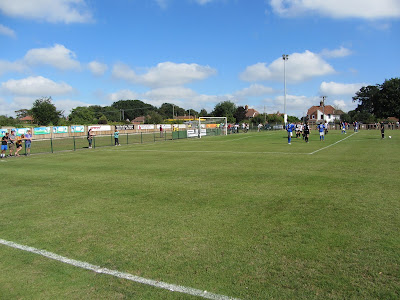 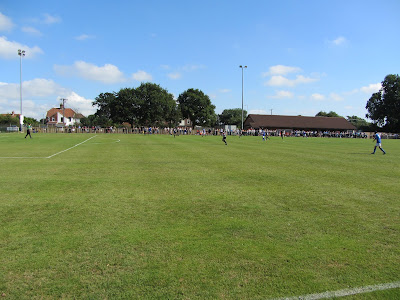 I have visited Trafford Park on two occasions. On 18th November 2008 I saw Wroxham beat King's Lynn Reserves 6-0 in the Eastern Counties League Premier Division. I did not take any photographs during my first visit so returned on 26th August 2013 to see Wroxham lose 2-1 to Dereham Town in the Isthmian League Division One North. The photographs here relate to this game. 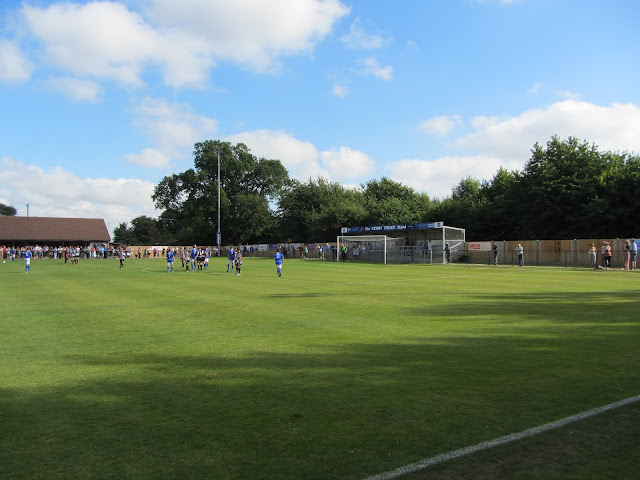