Bramall Lane is located three-quarters of a mile from Sheffield railway station just on the outskirts of the city centre. Built in 1855, it has been home to Sheffield United since they were formed in 1889. 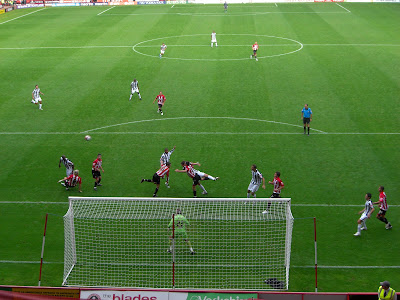 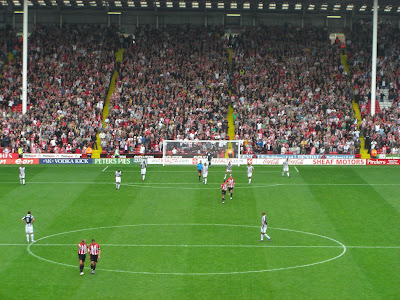 The stadium consists of four main stands and two infill sections in the corners. The largest stand is the Kop Stand, behind the goal on the west side of the ground. This 10,221 seat structure contains the most vociferous section of Sheffield United fans and the noise generated from this stand while full is substantial. Attached to this stand on the north-west side of the ground is the Kop Corner section which can hold an additional 900 fans. This area also links in with the John Street Stand which runs the length of the pitch on the venue's north side. The John Street Stand seats just under 7,000 fans as well as being home to the executive boxes. 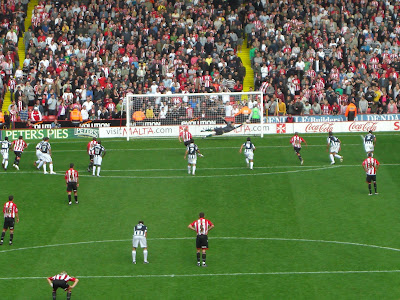 The west side of Bramall Lane contains the Bramall Lane Stand, a 5,680 seat two-tiered stand with the lower tier holding away fans. Next to this on the south-west side of the stadium is the other infill section - the Westfield Health Stand. This stand is linked into the upper tier of the Bramall Lane Stand and can hold just under 2,000 fans. The remaining stand is the South Stand, a structure which seats approximately 7,500 fans. This also acts as the club's front of house hosting the box office, Blades Superstore and press facilities. 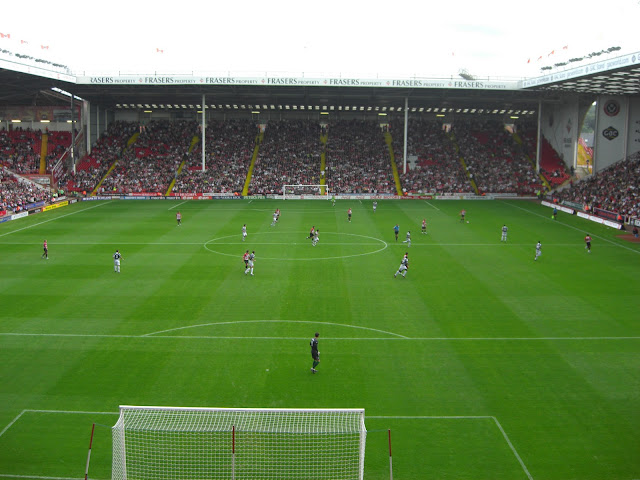 In 2017 the club unveiled plans to redevelop the South Stand by adding 5,400 seats as well as a new media centre and executive boxes.
Posted by Jon Hayes at 18:00