My twenty-third new ground of 2012 was on Saturday 8th December at St George's Lane in Worcester, Worcestershire. The match was Worcester City vs. FC Halifax Town in Conference North. 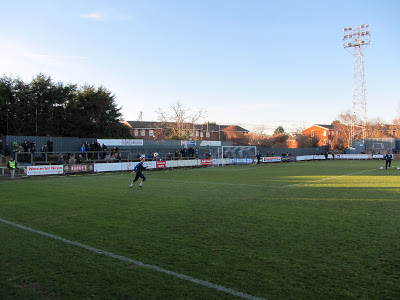 The majority of St George's Lane was taken up by uncovered terracing with just two covered areas of the ground. One of the covered areas was the Main Stand which ran most of the length of the pitch on the southern side of the venue. This classic structure had a capacity of just over 1,000 and was the only seated area in the ground. In front of it was a narrow area for fans to stand as well as the dugouts. 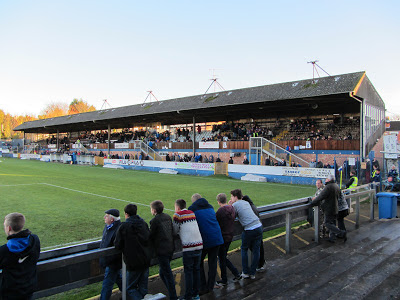 Opposite the Main Stand was the Brookside Terrace which was mostly uncovered terracing with a covered area towards the eastern end of the ground. Adjacent to this was the Canal End which sat behind the goal and became increasingly narrow the further south you went due to the canal running behind the ground. Behind the opposite goal was the Dressing Room End which consisted of more uncovered terracing. 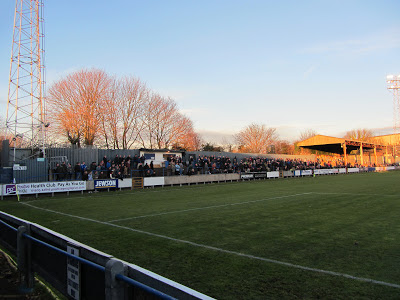 The game saw a fairly even first half with the home side just shading it for performance and chances created. The Halifax goalkeeper was drawn into making a few saves as Worcester pressed for the opening goal although the visitors were able to fashion some opportunities of their own including a run of corners which was dealt with by way of some last ditch defending from Worcester. Just before the interval the home side should have been in front as a corner was nodded onto Mike Symons who had time and space to pick his spot from six yards out. However the ball was sent over the bar to great cheers from the away fans. The opening 15 minutes of the second period were disjointed with not a lot happening and it wasn't until the hour-mark that the next chance came for Halifax with a shot being blazed over from the edge of the box. Worcester then began to play some decent passing football although the home supporters were frustrated with the lack of end product as the away goalkeeper was not really tested. The only goal of the game came in the 79th minute as a Halifax free-kick was swung into the box and Gareth Seddon rose above his marker to head home from close range. This seemed to deflate Worcester and the visitors very nearly added a second shortly after when a shot from outside the box flashed just past the post. Halifax saw out the rest of the game with ease and although they were unable to grab a second goal to really kill the game off they were still able to secure all three points on the day. 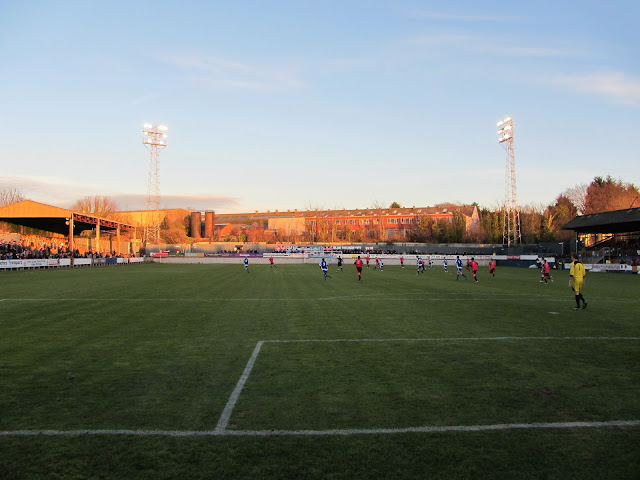