My fifty-fifth new ground of 2019 was on Thursday 26th December at Ings Lane in Tadcaster, North Yorkshire. The game was Tadcaster Albion vs. Brighouse Town in Northern Premier League Division One North West.

Ings Lane sits on the banks of the River Wharfe just south of the centre of the town. The river runs along the north-east side of the ground and has caused flooding on several occasions - this is leading the club considering a more secure new venue in the future. There are a handful of houses behind the south-eastern end but otherwise the ground is surrounded by industrial units including multiple breweries, something the town is well known for. The nearest railway station is 6.5 miles south at Church Fenton, though better transport links can be found to York station which is 11 miles north-east of the ground. The fact the club were formed as John Smith's FC gives a clue to the fact they have operated at the venue adjacent to the brewery since their inception in 1892. 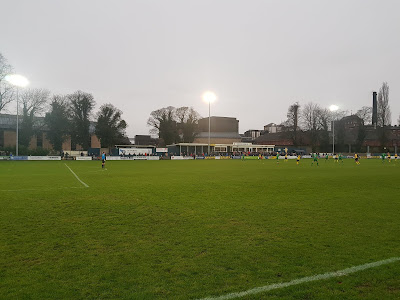 The entrance to the ground is on the south-west side. To the north of the turnstiles is a toilet block and food outlet while to the south there is a raised club building including a bar. The dressing rooms are contained within and lead out of the middle of the structure onto the field of play. To the right of the clubhouse is a three-level uncovered concrete terrace while to the left is a seven-level covered concrete terrace. At pitch side there is uncovered concrete standing for the entire length of the pitch. 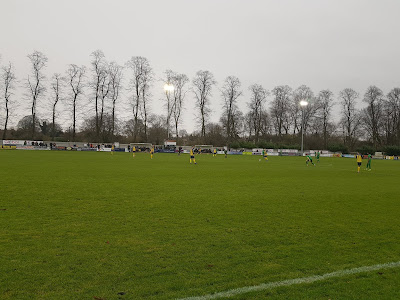 The north-east side is fairly sparse with just two dugouts and a TV gantry. For spectators there is hard standing for the full length with a thin grass area behind. The main stand is a 236 seater structure behind the north-west goal which opened in 2016. The seating is spread across four rows and it features a designated disabled viewing section at the bottom. There is hard standing in addition to this although the areas next to the stand are cordoned off. The remaining stand is the 50-seat Ken Gilbertson Stand to the east of the goal at the other end of the field. Behind this end there is a large grass area to supplement the hard standing in front. 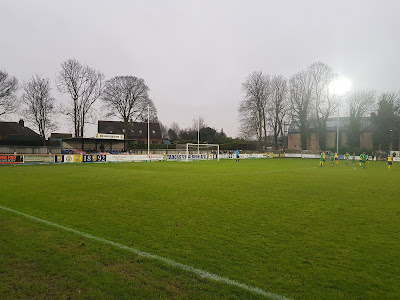 Both sides were around the play-off places coming into the game so it was always going to be an even affair. The first half was a very poor spectacle with the only interesting action coming in the 25th minute when a poor goal kick by Jordan Porter was returned back to him by an opposition player. Porter's second attempt to clear was similarly bad and went straight to a home attacker who attempted to lob the stranded keeper from 45 yards. Fortunately for Porter the ball went just wide of the goal to keep it 0-0. The second half was a much better event and the opening minutes saw more action than the entire first 45 minutes. In the opening seconds of the second period a cross fell to Tadcaster's Alex Wiles who saw his shot saved at close range. A bit of a scramble ensued which culminated in the ball falling to Jake Day who slotted wide from a couple of yards out much to his disbelief. Day had another chance in the 49th minute when a through ball put him in on goal and he blazed over under pressure from the advancing keeper Porter. Four minutes after this Brighouse escaped again - Adam Porritt did well to win the ball off a visiting defender in the corner and his fizzed cross was cleared off the line by Harrison Beeden. The visitors weathered this storm and almost snatched the lead with twenty minutes left - substitute Alhassane Keita set off on a mazy run beating a couple of defender before dragging his shot wide when in the box. It summed up a second half not short on chances but suffering from poor finishing. Tadcaster really tried to get all three points in the final minutes and went closest in the third minute of injury time when Alfie Beestin's low 20-yard drive was well saved by Porter. The full-time whistle sounded shortly afterwards with a point moving Tadcaster up a spot in the table and Brighouse down a spot. 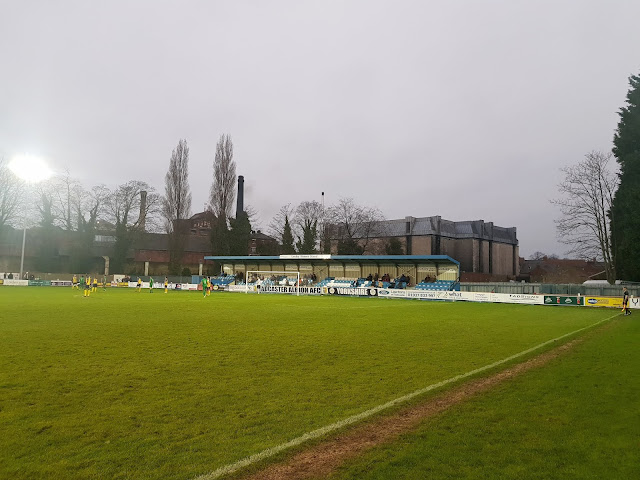