My next ground of 2011 was on Tuesday 9th August at Portman Road in Ipswich, Suffolk. The match was Ipswich Town vs. Northampton Town in the Carling Cup 1st Round.

Portman Road is in the centre of the town around 500 yards from Ipswich railway station. It has been the home of Ipswich Town since 1884 and during this time has had extensive work to bring it up to modern standards. 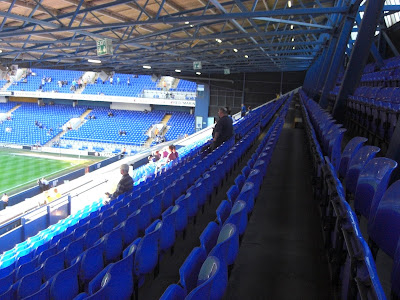 My first visit to the stadium was on 11th April 1995 to see Ipswich Town lose 1-0 to Queens Park Rangers in a Premier League match. Since then Ipswich Town have undertaken substantial redevelopments to the north and south ends of the ground to bring the overall capacity of the stadium past the 30,000 mark. 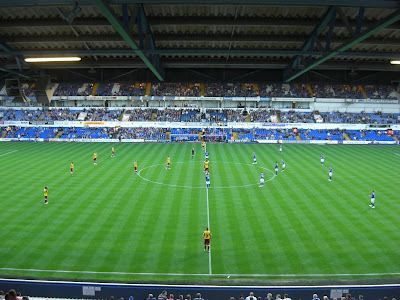 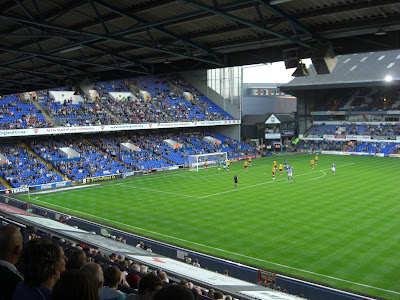 The game was a League Cup 1st Round tie between Championship side Ipswich Town and League Two side Northampton Town. The hosts took an early lead on ten minutes when a shot from the edge of the box which may have been a misaimed cross looped over the Northampton goalkeeper and into the net. Ipswich were the stronger side for most of the half but the visitors grabbed a goal just before the break after sneaking past the static Ipswich defence and slotting home. Into the second half and a defensive mix-up inside the home penalty box presented Northampton with an open goal and the ball was duly dispatched in from a couple of yards out. The Championship side raised the pressure in the final minutes but were unable to score meaning Northampton ran out 2-1 winners. 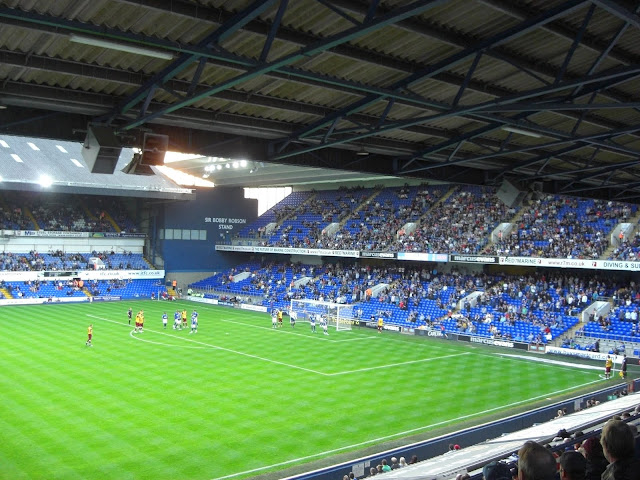