My sixteenth new ground of 2017 was on Tuesday 18th July at Station Road in Takeley, Essex. The match was Takeley vs. Hertford Town in a friendly.

Station Road is located towards the south of the village of Takeley in the shadow of Stansted Airport. It is hemmed in by housing on three sides with the remaining western side runs next to the B183 opposite a farm guest house. As the name suggests the venue was once adjacent to Takeley railway station but this closed to passengers in 1966 so the nearest active railway station is now Stansted Airport station which is 1.7 miles north. 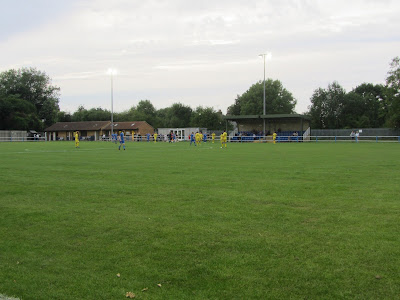 Upon entering through the turnstiles in the north-west corner the first structure to see is the clubhouse building which which also contains the dressing rooms and a food outlet. Next to this is a demountable for medical care of players and beyond this by the half-way line is the main stand. This consists of 5 rows of seating with a total of 118 seats and has a floodlight going through the roof in the middle of the stand. The section in front of the stand, and the rest of the northern side of the ground is uncovered standing. 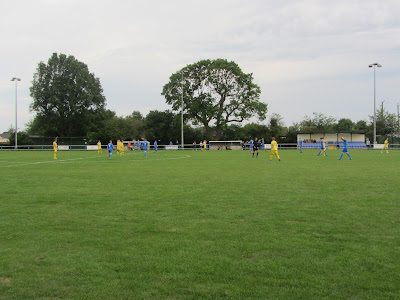 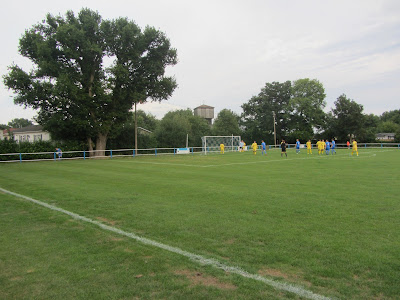 The game was between Essex Senior League side Takeley and Isthmian League North Division side Hertford Town. The hosts took an early lead as they got their noses in front after barely a minute. It happened when the ball was played out to the left wing, the Takeley man cut inside a defender and crossed for an attacker to turn the ball in from a couple of yards. Both sides headed just over from corners in the opening 10 minutes before the match settled down into a fairly even contest. The home keeper had looked susceptible from corners early on and was punished for this in the 32nd minute when he dropped the ball in the box allowing Michael Toner to bundle the ball in. After the break Hertford had a great chance to go in front when they were awarded a penalty after a poorly timed tackle on Daniel Bond in the area. Tommy Wade went low to the keeper's right but the keeper guessed right and palmed the ball away. The third quarter of the game was a bad tempered affair with Hertford coming in with several nasty tackles. The visitors were then gifted a goal in the 71st minute when a very poor backpass near the edge of the area went straight to Sam Ruff and he calmly lifted the ball over the goalie from 12 yards. Hertford were on top after this and did get the ball in the net again with 10 minutes to go but it was ruled out for offside. With five minutes to go another bad backpass by Takeley was picked up by a Hertford substitute and he squared for a teammate who only had to stroke into an empty net from 10 yards. However the ball was blazed wide and meant the game finished 2-1 to Hertford. 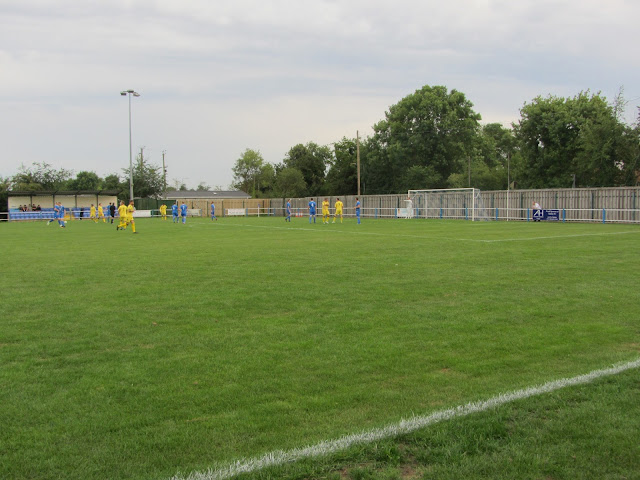