Date: 11th September 2021
Ground: Balmoral Stadium
Location: Cove Bay, Aberdeen, Scotland
My eighth new ground of 2021 was on Saturday 11th September at Balmoral Stadium in Cove Bay, Aberdeen, Scotland. The game was Cove Rangers vs. Montrose in Scottish League One.
Balmoral Stadium is located in the Cove Bay area on the southern edge of Aberdeen. The ground sits adjacent to a industrial estate to the south and farmland to the north. The eastern side is close to a transmitter station while the western side has an additional full-size 3G pitch with a school beyond this. The venue is 2.5 miles south of Aberdeen railway station. The club previously played at Allan Park from 1948 to 2015 before departing to satisfy their league ambitions. After a few seasons groundsharing the club moved to their current home in 2018. 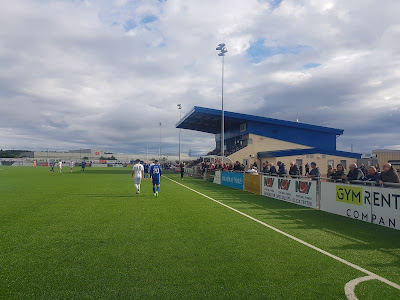 The entrance to the stadium is on the western side. The Alan McRae Stand takes up less than a quarter  of this side but is the main stand with over 300 seats and hospitality at the back. Inside it houses the reception, ticket office and dressing rooms with the seating section split in half to allow the players to exit here onto the pitch. The two dugouts are either side of the stand. The rest of this side is uncovered standing consisting of gravel save for a row of concrete slabs by the pitch barriers. There is a coffee shack and toilet block to the north of the stand. 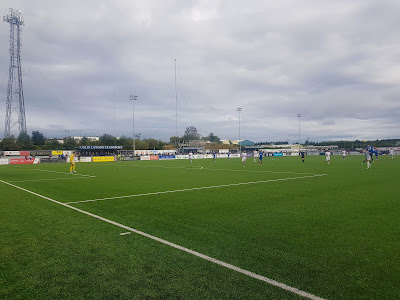 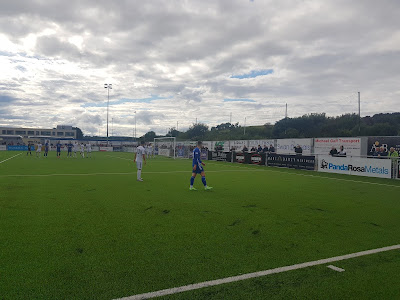 Both sides had a good start to season adn were coming in the game in the top 4. There were a spate of changes in the opening spell of the game - in the 5th minute Cove's Fraser Fyvie cut inside and shot but keeper Allan Fleming did well to get down low to save. Fleming then saved the rebound from Mitchell Megginson and the danger was cleared. Three minutes after this a defensive error by the home side saw the ball fall to Graham Webster who unleashed a 20-yard curling effort which went inches wide. Cove then went straight back the other end and saw Mitchell Megginson's effort denied by Fleming again, this time at the near post. Montrose got the ball in the net in the 28th minute after heading in a cross but the flag was up and the goal chalked off resulting in a 0-0 scoreline at the break. This however didn't last long as Cove scored within three minutes of the restart. Megginson was again involved as he played the ball out to Rory McAllister on the left-wing. McAllister had plenty to do but unleashed a firm drive in off the underside of the bar. On the hour-mark the visitors were given the chance to equaliser after Fraser Fyvie fouled Blair Lyons just inside the penalty box. Graham Webster struck a good penalty low to Stuart McKenzie's left and though the home keeper went the right way there was no saving it. With fifteen minutes to go Cove were reduced to ten men with Blair Yule picking up a second yellow for a clumsy tackle while attempting to attack in the Montrose area. That was the way thing stayed with 1-1 a fair result on the day. 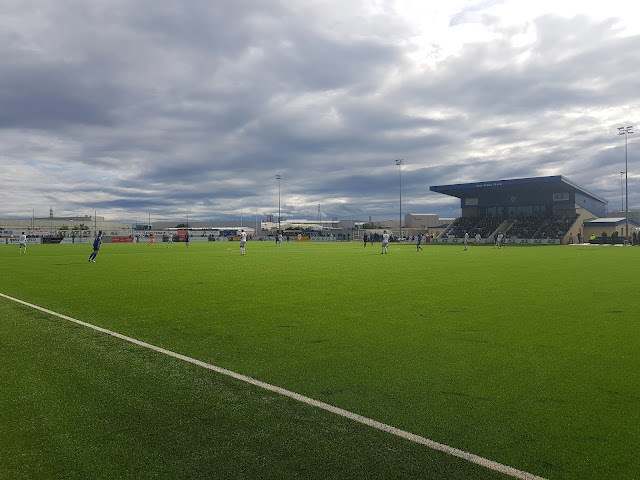