My thirtieth new ground of 2011 was on Monday 25th April at Park View Road in Welling, London. The match was Erith & Belvedere vs. Greenwich Borough in the Kent League Premier Division.

The second game of the day was the 3pm kick off at Erith & Belvedere. I left Colliers Wood United just before the end of that game and travelled up to Waterloo before changing onto the train heading for Welling. The railway station is 1 mile from the Park View Road venue which backs onto Welling High Street, and I arrived at the ground as the sides were kicking off. 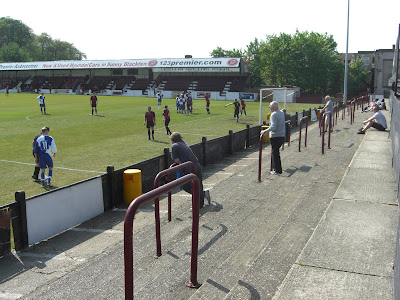 Park View Road was built in the mid-1920s with various occupants playing at the venue since this time. Erith & Belvedere have groundshared with Conference South side Welling United since 1999 when the main stand in Erith & Belvedere's ground burnt down. Erith & Belvedere then sold what remained of their ground to help finance a new stand in their new home. The two clubs are very much committed to the groundshare with separate headquarters within the stadium for them. They also have different
turnstile entrances which was slightly confusing when arriving. 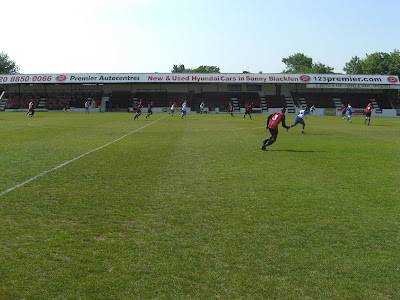 With this being a Conference South stadium, it was much better than the average home for a ninth tier side like Erith & Belvedere. The ground has two old standing terraces at either end of the venue and a long, thin all-seater stand on the west side of the ground. On the east side of the ground sits a larger modern all-seater stand which was built in 2002. As I was seeing Erith & Belvedere there were only 44 spectators but I would imagine when Welling United are playing at home with several hundred fans it would generate a decent atmosphere. 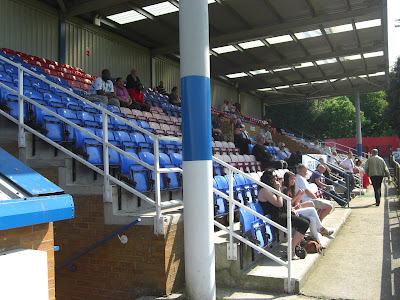 The game was an entertaining end-to-end occasion as both sides looked to cement their places in the top 5 of this season's Kent League Premier Division. The visitors went behind early on after nodding a set piece into their own net but came back strongly, creating numerous chances to score. Through a combination of bad luck and bad finishing they were unable to do so and the home side punished them with a well taken shot from the edge of the box on 70 minutes. Greenwich pulled one back with a late penalty but it was not enough and Erith & Belvedere ran out 2-1 winners. 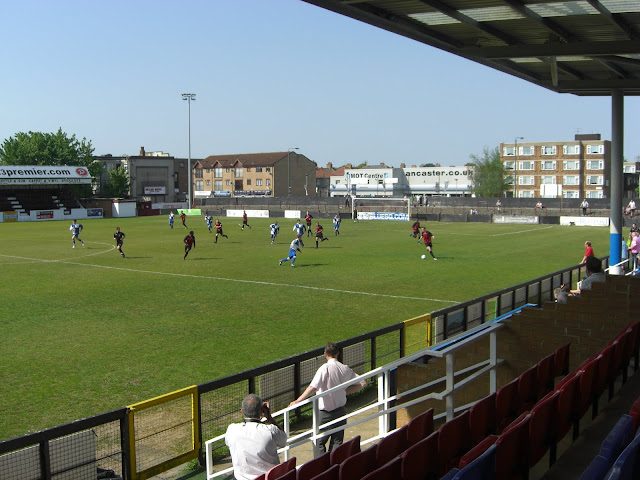