My thirty-sixth new ground of 2011 was on Monday 11th July at Princes Park in Dartford, Kent. The match was Dartford vs. Southend United in a friendly game.

Dartford railway station is around a mile from Princes Park with good transport links to the stadium. Built in 2006, the ground is Dartford's first permanent home since the early 1990s and the unique venue is one of the most highly rated non-league grounds in the country. 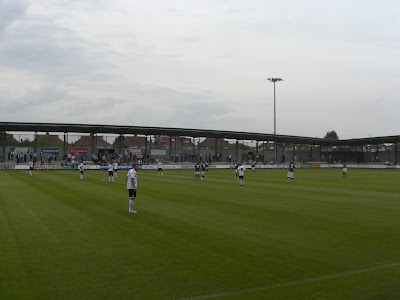 The stadium is very modern looking with a clean, minimalist style to it. It has received much praise in the press for its environmentally friendly credentials including a solar-panelled roof providing power and air filtration and water recycling features. The general facilities at the stadium were excellent and very advanced by non-league standards. 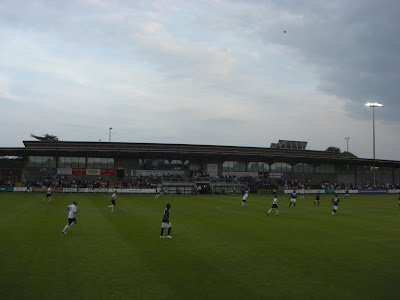 Three of the stands are terraced consisting of half a dozen rows of grey concrete steps with the only barriers being at the back of the stands to separate them from the wide walkway behind. This walkway continues the whole way round the stadium and this combined with the continuous roof creates the feeling that you are in a bowl stadium. The south side of the ground contains the only all-seater section with capacity for 640 fans. Again, this is only a few rows deep. 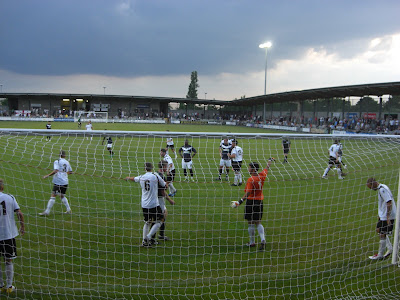 The game was a pre-season friendly between Conference South team Dartford and League Two team Southend United. The first half was fairly dull with Dartford creating the best of the few chances. Southend changed their entire team at half-time and soon broke through, volleying in a corner on the hour mark. The visitors headed in a cross with ten minutes to go to increase their lead before finishing off the game with a 30-yard thunderbolt shot into the top corner, securing a 3-0 win for Southend. 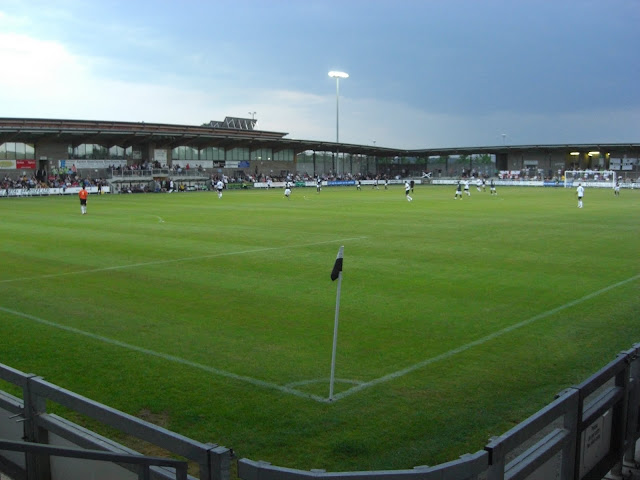