My eighth new ground of 2011 was on Tuesday 15th February at Spa Road in Witham, Essex. The match was Witham Town vs. Enfield 1893 in the Essex Senior League.

Spa Road is located in a sports complex on the western edge of the town. It sits just 100ft from the railway line and is just under a mile from Witham railway station. The venue has been home to Witham Town since 1975 when they moved from their previous ground known as The Park. 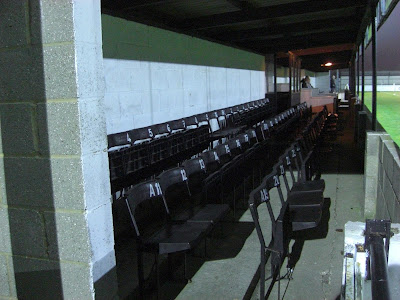 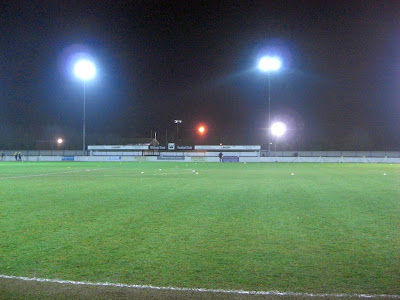 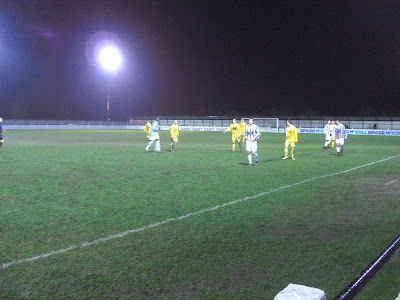 The game was a torrid affair with heavy rain making the pitch very tough to play on. The quality of the game was poor from start to finish with Enfield 1893 grabbing the advantage with two goals in the space of five minutes either side of half-time. Witham Town got a consolation goal towards the end of the match but Enfield 1893 were the deserved winners on the night. 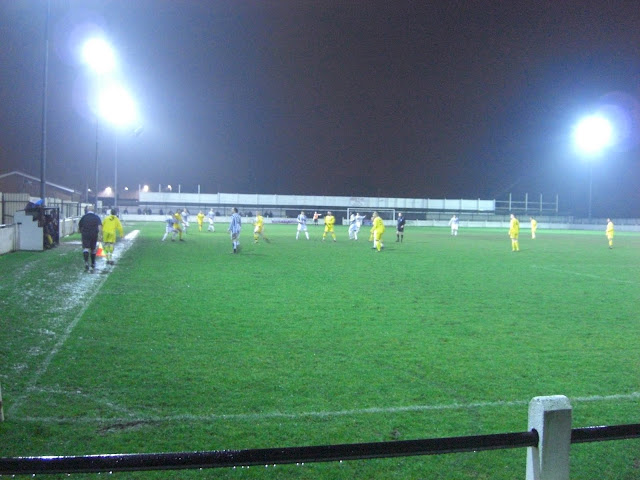