My twenty-eight new ground of 2019 was on Tuesday 23rd April at Somerset Park in Ayr, South Ayrshire, Scotland. The match was Ayr United vs. Partick Thistle in the Scottish Championship.

Somerset Park sits in between residential housing to the south and east and railway sidings
to the north and west. In addition the club can count as its neighbours a car repair garage on its northern border and Hawkhill Bowling Club just to the south. Ayr Racecourse is also a short walk away in a south-east direction from the ground. Newton-on-Ayr railway station is the nearest with it being half a mile to the north-west. However the greater served Ayr railway station is only a mile to the south. The venue has been home to Ayr United and its predecessor Ayr FC since 1888. 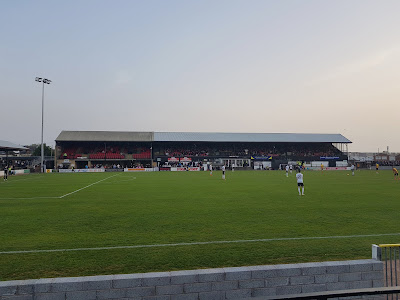 The Main Stand runs for around three-quarters of the length of the southern side of the venue. This Archibald Leitch designed structure has been in place since 1920 and is the only seated area at the ground. The original stand ran for the middle half of this side but an extension was built in 1989 to run up to the eastern end - it is very obvious where the existing and newer sections of the stand meet, not least due to the different materials and colours of the roof. This 1,597 capacity seating deck is elevated above ground level and includes a media section. There is limited standing room below the 1989 portion of the structure. In front of the older section is an area for player and official seating and a police control room. There is also a snack outlet in the south-east corner. As the stand only takes up three-quarters of the southern flank the remaining quarter running towards the western end has a small uncovered concrete terrace. Heading away from the pitch the club reception leads out to the car park where you can find a separate club shop building behind the stand. 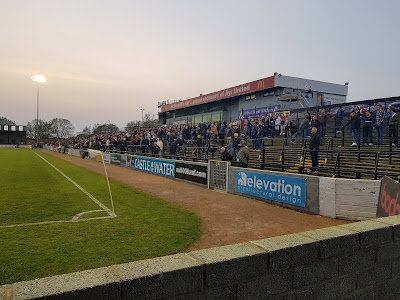 The North Terrace is a large uncovered terrace with a segregation fence part way down to give the western third over to away supporters. With it being without a roof this is the only stand in the ground not to have views somewhat impeded by roof supporting beams. At the back of the stand is the Ally MacLeod Hospitality Suite which was opened in 1996 while there are food outlets for regular fans in the north-east and north-west corners. There are covered concrete terraces behind both goals - the Somerset Road End in the east is the larger of the two structures and is used for home supporters while the smaller Railway End in the west is given over to away fans. 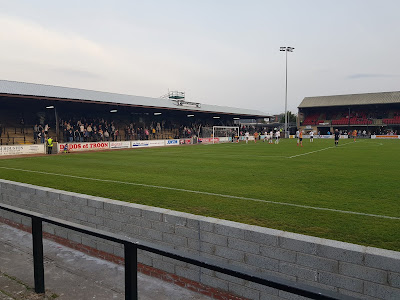 Ayr were enjoying their best season in well over a decade with them safely in the play-offs to give them a chance of reaching the top flight for the first time since the 1970s. Partick Thistle on the other hand were occupying the relegation play-off place in the able but a win would jump them three places into mid-table to more was on the line for the visitors. Ayr started well but Partick took the lead against the run of play in the 17th minute - a cross into the area was punched out by Ayr keeper Ross Doohan with the ball landing at the feet of Partick's Shea Gordon. He reacted by smashing the ball into the top corner from 15 yards to put his side a goal to the good. After this the away side grew in confidence and were the better side for the remainder of the half. Three minutes before the break they could have gone two-up when a ball down the right found Chris Doolan who smashed a shot into the side netting from close range. This pattern continued after the interval and the hosts had keeper Ross Doohan to thank in the 54th minute when, while one-on-one with Shea Gordon, he pulled off a last ditch side to keep the deficit down to one. In the final quarter Ayr huffed and puffed but they didn't really test visiting keeper Jamie Sneddon. In fact it was the visitors who had the best opportunity of the latter stages when with ten minutes to go a scramble in the Ayr box could have resulted in the ball being poked goalbound. Ayr managed to clear but with them being ineffective going forward it was three points for Partick as they took a big step towards another season in The Championship. 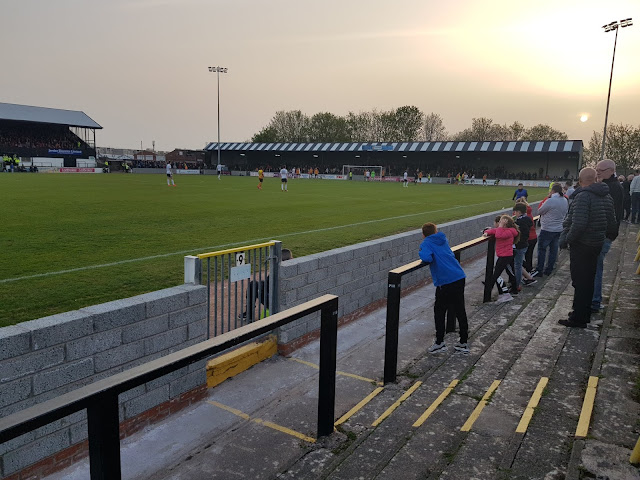