My fourteenth new ground of 2011 was on Wednesday 9th March at Oakside in Barkingside, London. The match was Barkingside vs. Bowers & Pitsea in the Essex Senior League.

Oakside sits directly behind Barkingside tube station and is only a five minute walk from the station. 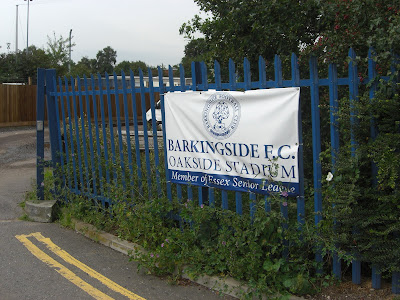 Redbridge FC bought the ground from Barkingside in 2001 in order to give their club a permanent home. Barkingside remained as tenants until leaving for a groundshare at Ilford's Cricklefields Stadium in 2014. Upon taking over the venue in 2001 Redbridge invested to bring up standards to allow them to compete at a high level. 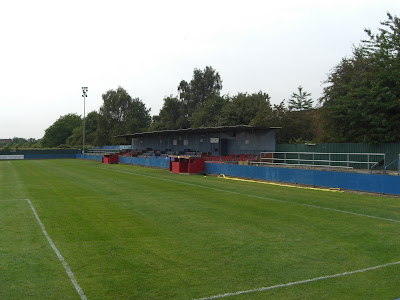 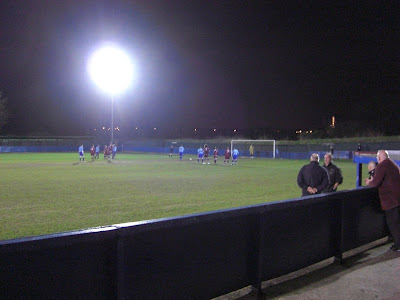 The game was excellent and a marked improvement on the previous night's Dagenham & Redbridge vs. Colchester tie (despite being six divisions lower down the league ladder) as both teams went for it with strong attacking football. The visitors ran out 5-3 winners in the end and scored some good goals including one stunning volley from the edge of the box. Barkingside tried to get back into it but were let down by some suspect defending. 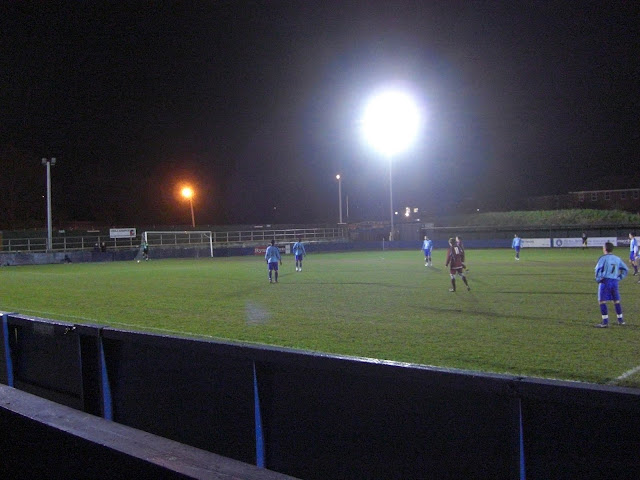