My ninth new ground of 2011 was on Monday 21st February at the Boleyn Ground in Upton Park, London. The match was West Ham United vs. Burnley in the F.A. Cup 5th Round.

The Boleyn Ground (often known as Upton Park) was located less than half a mile from Upton Park tube station and was home to West Ham United between 1904 and 2016 when they left for the London Stadium in Stratford. The stadium has now been demolished to make way for housing. 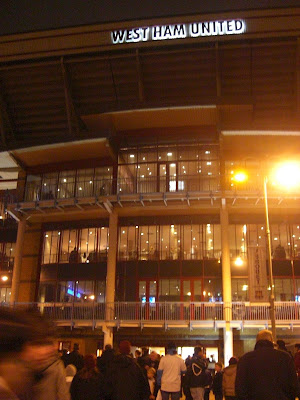 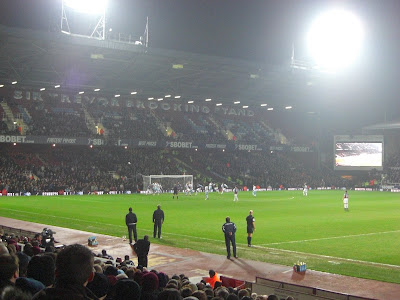 Being in the lower tier I was near to the field of play but had a good view across the whole pitch. Their former home was renovated during the 1990s and early 2000s so remained a high standard prior to its closure. The internal section of the stadium reminded me of the new Wembley with long, very wide spaces for fans to hang out before the match. 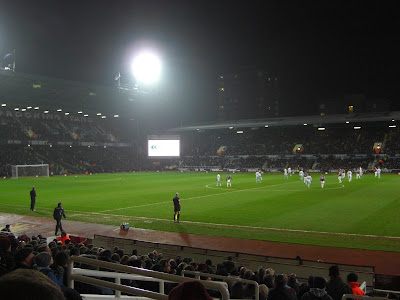 The game was an F.A. Cup 5th Round tie between Premier League side West Ham United and Championship side Burnley. The spectacle was an exciting one as West Ham played some good attacking football which Burnley matched with sloppy defending, making it all too easy for the Hammers who ran out 5-1 winners. The fans themselves seemed up for it pre-kick-off with a rendition of I'm Forever Blowing Bubbles, but after that seemed rather subdued and I couldn't make out any chants or songs during the entirety of the 90 minutes.