My fiftieth new ground of 2011 was on Wednesday 24th August at London Road in Peterborough, Cambridgeshire. The match was Peterborough United vs. Middlesbrough in the Carling Cup 2nd Round.

The London Road stadium is just under a mile from Peterborough railway station just to the south of the city centre. London Road was opened in 1913 although it was not until the 1950s when the majority of the stadium was built. 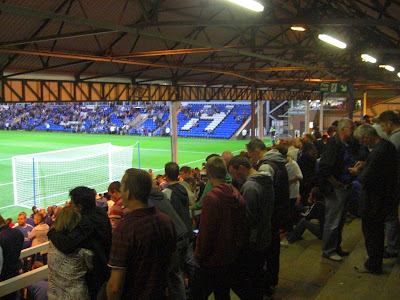 The ground has two all-seater stands running alongside the pitch and two terraced stands behind each of the goals. The Norwich and Peterborough Stand on the south side of the venue is the newest stand having been built in 1995. It is the largest stand in the ground with a capacity of 4,500 and is also the only two-tiered stand in the ground with media boxes separating the two tiers. 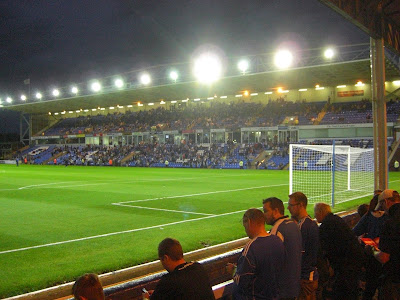 On the opposite side of the pitch is the Main Stand which was converted from terracing to a 4,400 capacity all-seater in 1992. As it was converted rather than rebuilt it looks more in keeping with the dated terraced areas. On my visit the Moy's End on the east side of the venue was a 3,600 capacity terrace. This has since been replaced by an 2,600 capacity all-seater stand to enable the club to continue to use this side of the ground if they return to The Championship. The west side of the venue houses the London Road Terrace. Around 2,600 people can fit in here this is the smallest stand in the ground and is where I watched the tie from. 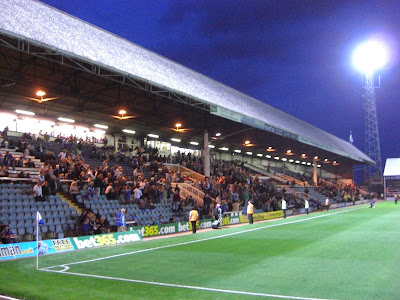 The game was a League Cup 2nd Round tie between Championship sides Peterborough United and Middlesbrough. The visitors opened the scoring after just 4 minutes after Peterborough gave the ball away in a dangerous position and the ball was played into the area and slotted home. In the 27th minute Middlesbrough went 2-0 up after more poor defending at corner allowed the visitors to head home unmarked at the far post. In the second half the hosts upped their game and played some excellent flowing football. However, Middlesbrough's keeper was on top form and a series of saves denied Peterborough any chance to get back into the tie which finished 2-0 to the away side. 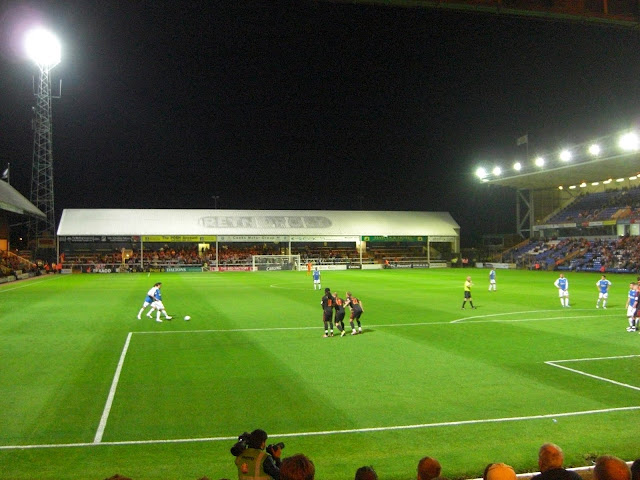