My tenth new ground of 2012 was on Saturday 7th April at The Darlington Arena in Darlington, County Durham. The match was Darlington vs. Grimsby Town in Conference National.

The Darlington Arena, also known as The Northern Echo Darlington Arena, is situated on the southern outskirts of the town, just over a mile from Darlington railway station. In 2003 the club moved to the ground from their former home at Feethams where they had played for the previous 120 years. Shortly after the end of the 2011/12 season the club left the Darlington Arena having spent less than a decade there. 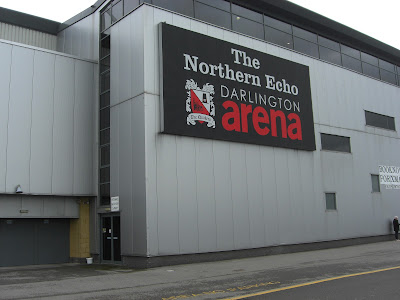 The Darlington Arena was built in 2003 by then-owner George Reynolds who moved the club from their 8,500 capacity Feethams home to the 25,000 capacity Darlington Arena. The stadium is bowl-shaped with all stands the same height the whole way round the ground. The only difference between the stands is the executive boxes which sit at the top of the South Stand. The excellent facilities at the venue were of a high standard for Football League competition and very much wasted for the non-league football which it hosted in the club's later years at the stadium. 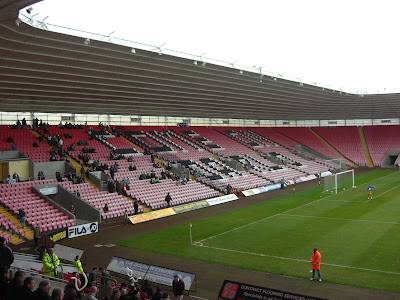 The layout of the stadium including the perspex panels in between the roof and the seats means even when less than one-tenth full the venue retains sound well and enables a surprisingly good atmosphere. Sadly though, despite its technical achievements this ground will be forever viewed as one which has been fundamentally bad for the club. The venue was always going to be far too large for a club of Darlington's size and the running costs crippled the club since they moved in. With low attendances it is no surprise that Darlo have found themselves in administration on three separate occasions since 2003. In May 2012 the fans finally gave up with the venue and upon their takeover decided to vacate the premises and enter a groundshare arrangement with another club in the area. 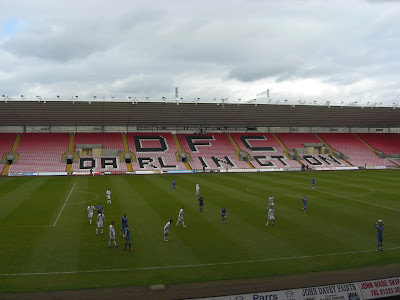 The game began with both sides on the attack in an end-to-end first 45 minutes with lots of decent chances and an equal amount of poor finishing. The two goalkeepers also made saves to make sure the score remained 0-0 at half-time. Much of the second half was one-way traffic with the hosts dominating the play for large parts of the game. Darlington created some good passing moves but as in the first period were let down in the final third of the pitch. Any time they did come close a combination of the crossbar, the Grimsby goalkeeper and bad luck meant they just couldn't get the ball in the back of the net. In the final minutes the visitors looked like they might steal it but desperate defending kept them out meaning a decent game ended goalless. 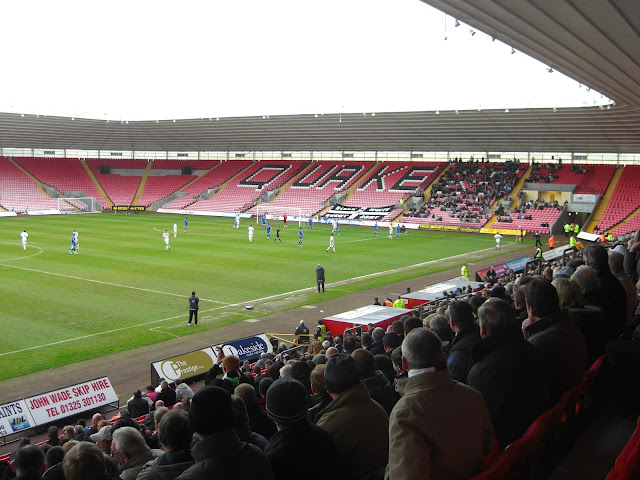