My first visit to Home Park was on 22nd August 1995 to see Plymouth Argyle lose 2-1 to Birmingham City in a League Cup 1st Round match. I do not have any photos from that night with the images below from a subsequent revisit on 10th August 2019 when Plymouth Argyle beat Colchester United 1-0 in a Football League Two match. 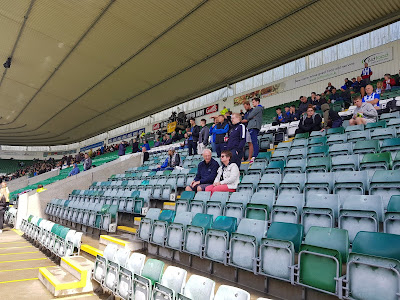 When I visited the stadium in 1995 it was very different to how it is now with just one all-seater stand in place, the Mayflower Grandstand. This single-tier stand was not particularly tall and had four supporting beams amongst the seating to hold up the roof. The remainder of the ground was taken up by terraced standing only some of which was covered. 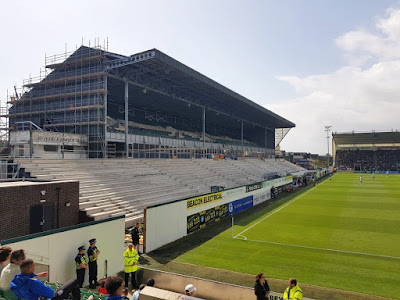 In 2001 the club began a substantial redevelopment which converted the rest of the ground to all-seater with the three new sides forming a bowl shape. Including the two quadrants, the Lyndhurst Stand, running the northern length of the field is the largest section with it being able to hold 7,000 spectators. The Devonport End behind the western goal is able to accommodate 2,830 of the noisest home fans at Home Park. The opposite end, known as the Barn Park End, is slightly larger and has a capacity of 2,970. This end is used for away supporters but with the club being the most southerly and westerly side in the Football League it is seldom filled for this purpose. Given this the club will often segregate the stand between home and away supporters. 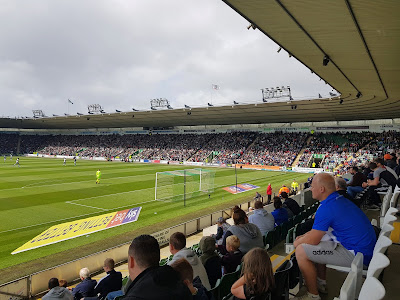 In the summer of 2018 the club closed the Mayflower Grandstand on the southern side of the ground to carry out extensive renovations in the region of £5m. This gives the stadium a reduced capacity of 12,800 while work is ongoing. The club currently aim to complete the upgrade in 2019. 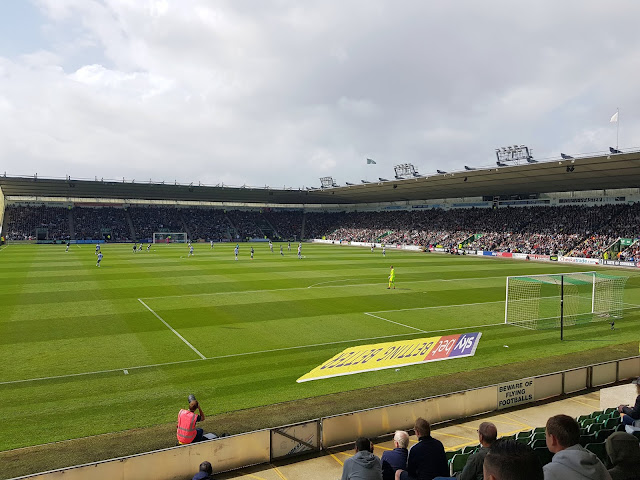