My thirty-fifth new ground of 2011 was on Thursday 30th June at Craven Cottage in Fulham, London. The match was Fulham vs. NSI Renavik in the Europa League 1st Qualifying Round.

I walked to Craven Cottage from Putney railway station which is just over a mile away, threading my way through the residential area to the banks of the River Thames where the ground sits. Having been built in 1896, the stadium retains an archaic feel despite recent renovation work. 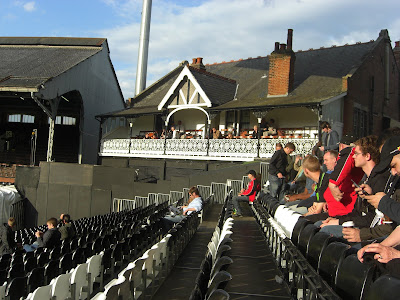 The ground has four stands of similar size with corporate boxes filling in three corners of the ground and the famous Cottage Pavilion in the other. The Johnny Haynes Stand is located on the near side of the venue, running along Stevenage Road which backs onto the main residential area. The upper tier of the stand is made up of 3,600 wooden seats which have been in place since 1905. This stand contains the ticket office, club shop, and is adjoined to the Cottage Pavilion at its southern end. 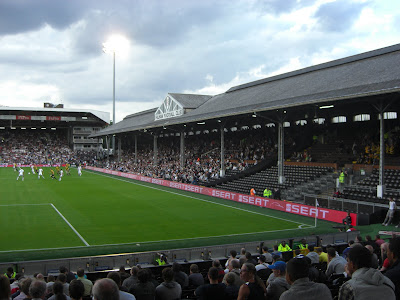 At the south end of the ground the Cottage Pavilion sits next to the Putney End where I watched the game from. This area seats away fans and neutrals meaning you have different fans mixed in with each other. Fulham is the only club in the Football League with this set-up. The Riverside Stand on the west side of the stadium backs onto the River Thames and contains the corporate hospitality section of the club's support. The Hammersmith End in the north side of the stadium is home to the most avid Fulham fans and most of the noise during the ground came from this section of the ground. 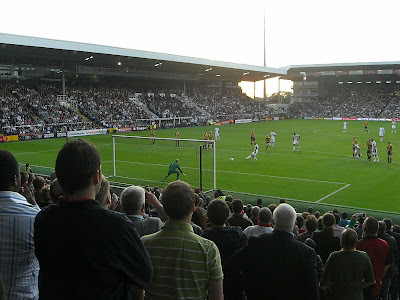 The game was the first leg of the 1st Qualifying Round of the 2011/12 Europa League. Fulham, who qualified through a Fair Play place, were up against Nes Sóknar Ítróttarfelag Runavík (better known as NSI Renavik) who were in for finishing 3rd in last year's Faroe Islands Premier League. There was a clear gulf in ability on paper with the visitors being only part-time players and Fulham were rarely troubled in a comfortable victory. NSI Runavik had a couple of decent chances for their hundred or so followers to enjoy but the result was never in any doubt. 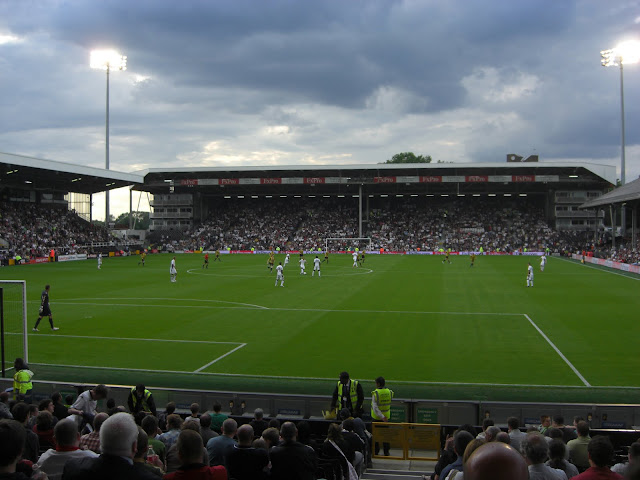