My forty-fourth new stadium of 2019 was on Wednesday 21st August 2019 at Eden Park Avenue in Beckenham, London. The match was Beckenham Town vs. Glebe in the Southern Counties East League Premier Division.

Eden Park Avenue is in a residential area with housing flanking its eastern and northern sides. The western edges up to a second full-size pitch while the southern end is adjacent to the Charing Cross to Hayes rail line. The latter results in the stadium being a few hundred yards from Eden Park railway station. The venue has been home to the club since 1980 when they departed Stanhope Grove where they had played previously. 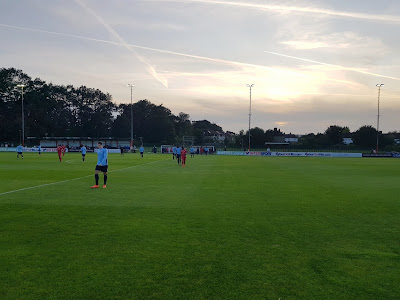 The venue is entered via the south of the ground via turnstiles next to a cosy clubhouse which was undergoing renovation work during my visit. In front of this is a grass area with picnic benches leading up to a concrete strip behind the goal. Completing this end are two small covered sections, one each side of the goal. The main stand is on the western side of Eden Park Avenue and it has 137 covered seats. The two dugouts are nearby and there is a separate covered section two-thirds of the way towards the northern end. The whole side has a strip of hard standing with a decent sized grass section behind. The opposite side of the field has a concrete pathway for the whole length though with a smaller grass area behind. There is a covered section towards the southern end while a second all-seater stand by the halfway line adds another 59 to the covered seating capacity of the venue. Beyond this to the north are seven additional uncovered seats bolted to the floor. A similarly strange set-up is in place behind the northern goal where four uncovered seats are bolted to the eastern side of the goal. Other than this the northern end is uncovered standing with a slim grass section at the back. 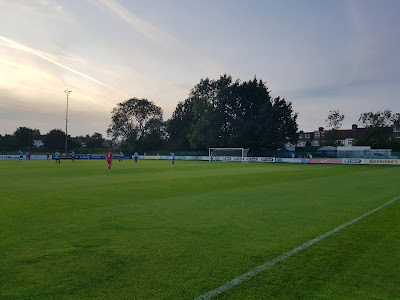 Beckenham were looking to extend their good start to the season with a third consecutive win while Glebe were looking for their first points after defeat in their opening two matches. The hosts went close in the 7th minute when a curling effort from 20 yards went just wide of the goal. Glebe's best fashioned opportunity of the opening period of the game came in the 14th minute when a long punt up field by the keeper found a visiting attacker to the right of the goal and his first time half-volley dipped just over the bar. Beckenham took the lead in the 24th minute - a nice lofted ball to Shameek Farrell found him in lots of space on the left side of the area and his first time half-volley across goal ended in the back of the net via a touch from the keeper and the post. The score should have been level 31st minute when a home defender miscontrolled the ball and kneed it straight to a visiting attacker. Clean through on goal he managed to shoot straight at the home keeper though. However, Glebe were not to be denied for long and did equalise one minute before the interval. A free-kick on the edge of the box was laid off for Matt Parsons who curled a brilliant shot into the top corner from 25 yards. Into the second half a quick Beckenham attack in the 51st minute finished with a defender drilling a shot just the wrong side of the post while the hosts went close again during a penalty area scramble with 20 minutes left as a close range shot was blocked on the line and cleared. The game swung back to Glebe in the 78th minute when a free-kick was clipped into the area and landed at the feet of Scott Kinch who lifted the ball into the top corner from 12 yards. As Beckenham chased an equaliser they conceded again with five minutes to go - a free-kick from the left was nodded towards the goal line for Jack Harris to knock in from a yard out to secure three points for Glebe. 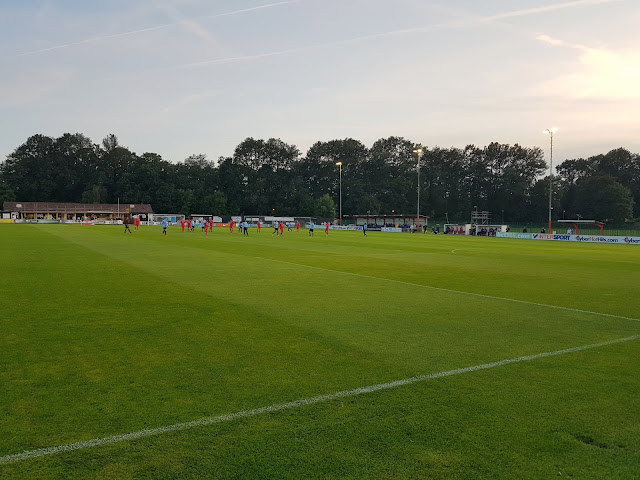